We Got Yer Updates, RIGHT HERE!

Power Week is continuing here at AE's Secret Underground Lab at lightspeed! I wanted to keep you guys in-the-know so here are some updates about the pile of stuff that is coming at you!

UPDATE: There are SIGNIFICANT bugs that were just discovered in last minute testing (of course) which means that we will need to POSTPONE AQ3D Name Pre-registration until they have been sorted out. Sorry for the falst start.

AE's 3D game project will be opening its servers soon to past and present AQW Members (as well as Dragonlords, Star Captains, Guardians, HeroSmash Members, etc) as well as anyone who has ever supported AE with ACs, SmashCoins, Varium etc. Basicly ANYONE who has every purchased ANYTHING and helped keep us going can get their name! 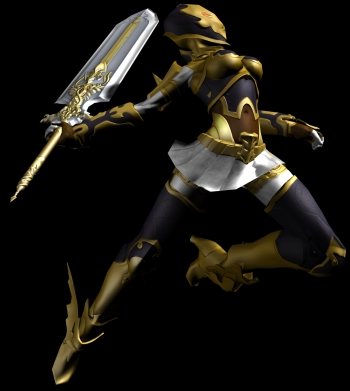 Once things get rolling you will need to go to ARTIX.COM to pre-register your character name. This will give you the chance to get your name before anyone else. Don't bother trying to take our names (Artix, Cysero, Alina, etc) We've already taken them. 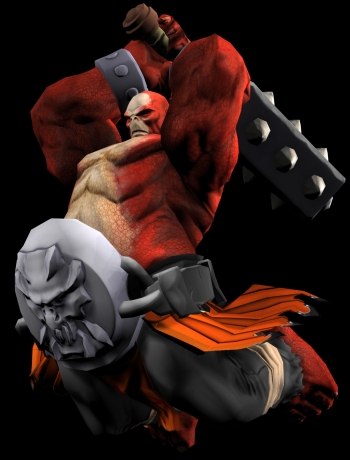 I imagine it's going to be CRAZY then the servers do eventually open with everyone trying to cram into the servers all at once so good luck! Keep your eyes on ARTIX.COM and our Twitter feeds to know when the floodgates open!

When the time comes you will register your name at

but only if you meet the criteria listed above.

Get On The Line!

FISHING is coming tomorrow. We are busy adding lots of amazing gear and at least 2 achievements to this trade skill. It really is a lot of fun!

FAITH has changed her hair color but she is still waiting to sell you bait, fishing poles and TNT as well as give you lots of advice about becoming a better angler!

As my grandmother always said... "There is nothing quite as satisfying as tossing a lit barrel of explosives into a cool, calm pond and wathcing it rain fish!"

Remember that this is only the first of AQW's trade skills and will have many uses in the future but this week it will just be a very fun and very deep fishing system.

Tomorrow we will be releasing the Member Bonus additions to the three standard AC packages. People still seem a little confused about them so I'll address a few questions here.

The 2000 AC Package comes with the Member Only Battle Wyvern Battle Pet. This pet works for anyone but if you have a Pet Class equipped it will attack for you! 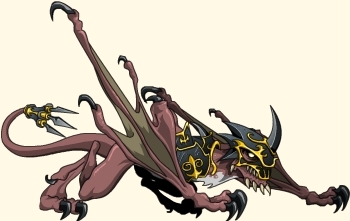 The 5000 AC Package comes with the totally Color Custom Member Only Dreadnought Armor Set! Every piece of this unstoppable from the plate to the trim to the glow on the ram horns on the helm is color custom.

the 12,000 AC Package comes with the Member Only Mindbreaker Class Set. You have spent years training your body to be a fighting machine but you have ALSO honed your psychic abilities to work in unision with your weapons to create the ultimate psionic warrior! 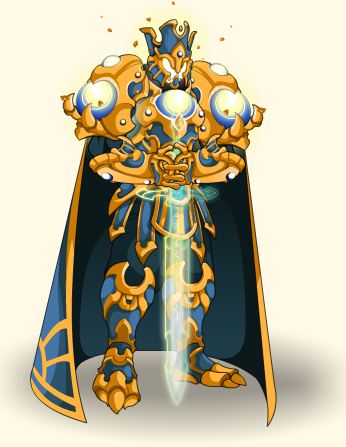 Many of you have been asking about the class's powers so I've done a skills breakdown for you.

This is a very good, very strong, multi-purpose class with a few single target atttacks and debuffs, a few multi-attack AoEs for farming and a decent heal to keep you going. It's not bad in PvP either. This class seems to come down to mana management.

Using your mind, you reach out and cause pain to your foe. This is the Mindbreaker's basic attack.

This is Mindbreaker's Auto Attack but we this is the first time that we have added a seperate animation to the auto attack. 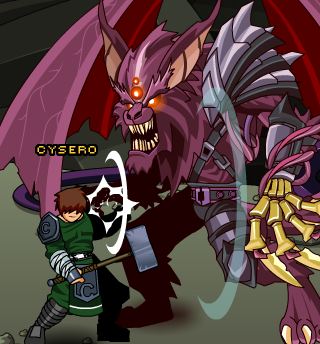 You appear to focus for a moment and send a blast of mental energy at your target. This is roughly the same amount of animation as swinging your weapon for an auto attack so should not cause any frame rate drop (lag) and might even be better depending on your weapon.

A psychic fire engulfs your foe dealing light damage and applies Brain Fog reducing Haste and Hit by 3%, stacking up to 5 times and lasting 10 seconds.

This is a decent single target attack and reducing both your target's Haste and Hit up to 15% will keep them nice and slow and keep them missing a lot more than they should. I imagine Brain Fog is like giving your enemy a mirgane that gets worse with each stack and if you have ever tried to do ANYTHING with that kind of headache then you know it can really slow you down and keep you off target.

You send out waves of psychic energy dealing moderate damage to one or two enemies near you.

This is a very basic AoE. It will only attack up to two targets at once so you shouldn't get overwhealned by tons of monsters as you fight. Its power remains constant and has no draw drawbacks. Just a good solid AoE. 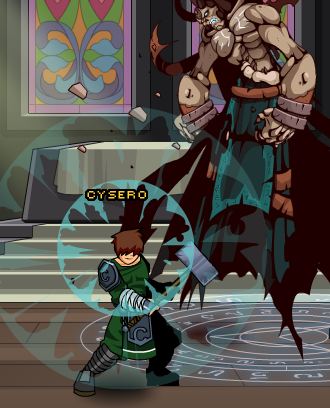 This is another of the new skill animations that we added just for Mindbreaker. Waves of psychic energy flow out of you hitting everything near you. This new effect is also applied during MB's last activatable skill, Esper's Might. Makes me want to yell "KANEDAAAAA!" when I use it.

If you don't get that, shame on you.

You lash out with a mental spear, striking your foe for damage based on stacks of Brain Fog also healing yourself for half the difference between your max HP and your current HP.

A very useful attack and pretty cheap heal. The attack gets stronger the more stacks of Brain Fog you have on your target and it always heals for you half of what you're missing.

Pretty basic Rank 4 passives. You crit more often and get a generous damage buff out of these skills.

A powerful psychic burst AoE which will hit one or two foes. Damage increases based on stacks of Brain Fog as well as greatly reducing your enemies damage output for a short time.

A stronger AoE than Psychic Wave, and can become fairly devestating with 5 stacks of Brain Fog up. Note that none of the skills consume those stacks so the only way you get weaker is if you let the Brain Fog expire. This is a very useful skill that can be used at its base level when farming (since most monsters won't last long enough to get 5 stacks of Brain Fog) or can be used in its powered up state against boss monsters or other players in PvP. The debuff is really the key. With the Haste and Hit debuff from Mindfire and the Damage debuff from this skill your enemy is reduced to little more than an angry kitten or slightly stale english muffin.

When you are at risk of being defeated your amazing mind will occasionally construct an invisible psychic shield around you blocking all incoming damage for 5 seconds.

A new twist on the rank 10 passive to increase survivability. It is basicly a random "OH $#!%, I'M GONNA DIE!" power. Due to its very specific set of circumstances, it goes off a lot more often than the average rank 10 passive but you probably won't notice that because by the time you're that low you'll be spamming your heal power. BUT when you're low on mana and waiting to get enough for a heal... you'll be glad it's there.

While I was in the engine adding the new psychic animations I also added one for the upcoming Member Only Grenadier Class (Skyguard, Rank 10) and added two highly requested emotes for Members. /useweapon and /danceweapon.

Long and long and long ago when you called the /use or /dance emotes you would have your weapon in your hand. A lot of players hated this and requested that we remove the weapon. We did as they asked but suddenly a whole different crop of players were demaning that we add it back. Having just removed it and quieted the first group, we didn't want to add it back.

So finally you will be able to decide to either /use or /useweapon, and /dance or /danceweapon but the weapon versions are only for Members. it's not a HUGE perk but more specialized Member emotes is always good.

I have been learning more and more about Carnaval in Brazil since we announced our Carnaval Shop coming Friday... like a tradition called "bloco das piranhas" where dudes put on skirts and wigs and pretend to be beautiful ladies. The results are often nightmarish but pretty hilarious. 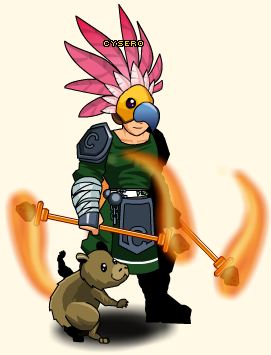 In OUR Shop we will have colorful armors, bongos, flamedancer torches, crazy masks and the world's largest and most dangerous martial arts rodent, the Capoeira Capybara Member Only Battle Pet.

Lastly, I'd like to address some rumors that have been floating around about Nulgath. Sadly, some of the rumors are true. He HAS put aside his work on AQW to go build his own game under the EBILCORP corperate umbrella. He will NOT (cannot) delete his area and remove all of his stuff from the game. AE owns the rights to that game content and we are keeping it in the game. Finally, YES... his game looks pretty rad.

From Artix - "Mia was getting a lot of requests from players for her song "One Way Ticket" that she wrote just for the AQWorlds event. So she put a link to it, for free, on the *coughs* You know, I never feel bad about plugging her music... we should just rename the the company to Mia Entertainment and make all game upgrades just buying her CD... of course... more than 30 of you would have to buy her CD for this to work!"

Here's the link to the free One Way Ticket download - http://www.miajpark.net/aqw.html

309 days until Just Another Day