Once Upon a Time…

in a galaxy far, far away…

That’s how all great stories start. Right? …something like that, at least? But seriously, imagine how cool it would be to play the lead role in one of those timeless tall-tales! Just envision the feeling you would embrace from the gathered neighborhood NPC children, all star struck and awe-inspired from your glorious tales of Giant-slaying adventure. Oh yeah. That would be pretty epic.

Well wait no longer—your PM’s have been answered! Because this is the Yulgar’s Story Release! 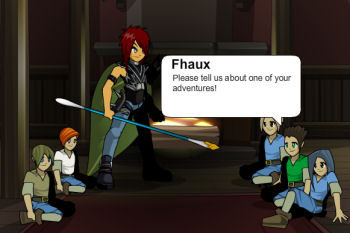 The noobish children of Battleon Town have all gathered inside Yulgar’s Inn and are eagerly awaiting Story Time from their favorite Hero: that’s YOU! Relive (for the first time) the classical tale of Jack and the Beanstalk ChickenCow Ladder and team up with Jack himself as you tell the children of how the Giant captured the young farmer’s village*.**

Don’t remember the story? Well, I would hope not, since this is a never-before-told rendition of Jack and the Beanstalk—with that special AQWorlds’ touch, of course!

I don’t wanna ruin the Story for you, so I won’t say anymore! …except that the monsters in this first-of-its-kind Story Time Release are loaded with HUGE drops. 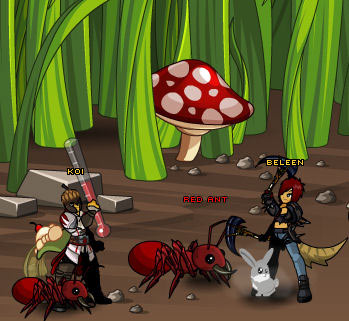 This is just the first chapter in this tale, so anything CAN happen as we sink deeper in the upcoming weeks. You guys are the ones retelling YOUR story, so get a group of friends together and help write the next exciting chapter!

*Longest proper sentence EVAR!
**When was the last time I used asterisks?