This Friday, battle to save Oaklore Keep from attacks by Sepulchure’s Undead Army in our new tutorial, then send us your feedback to help improve the opening of AQWorlds for new heroes! 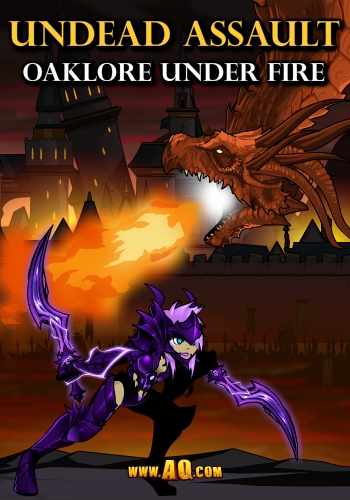 If you can't stand the heat... slay the dragon!

We've built and re-built the tutorial over the years, with the goal each time of making it better than the last for the new heroes joining AQWorlds. I can honestly say that the team and I feel this is the best, most instructive, most visually appealing tutorial we've EVER created!

We would be grateful if all you experienced heroes would /join oaklore this weekend and run through the tutorial, too, and let us know if there's anything you think we could explain better! 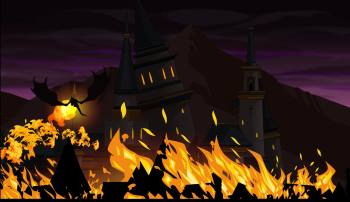 Don't miss punting Twilly during the Half Time show this Sunday, February 1st! Unlock a character page badge and check out all the seasonal rare gear as the Seahorcs face off against the Loyalists! Who will YOU root for? 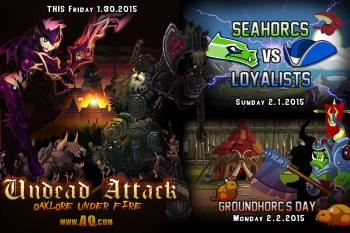 On Monday, it's Groundhorc's Day! If Phil sees his shadow, we'll have - oh. Wait. He CAN'T see it since General Porkon in the Horc Fort has kidnapped and imprisoned him! Save that groundhog, starting Monday, February 2nd!