The Puns are HERE!

A message from the REAL Punadin, Artix Krieger: "Greetings, my friend! I am glad to C you so # today.  An unknown enemy appears to have rewritten the game’s combat engine, weaponizing the humor we love most.  Waves of wea-PUN-ized enemies are headed to Battleon *right now*. Why? I do not know, except they must think we are FOOLS.  But we have been PUNderestimated, and I know you will stand with me as we fight back against this onslaught of PUN-ishment. We must regain control of the combat engine. This war will be short, it will be sweet, and it will be PAINFULLY PUNNY." 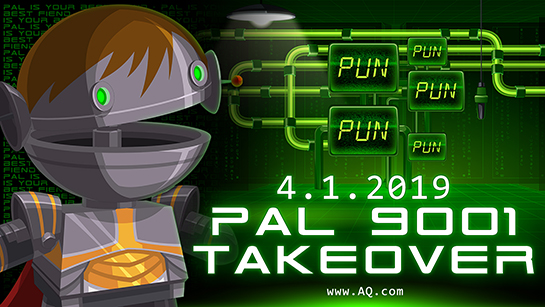 In the April Event Calendar, we called April the "Month of War," and that's no joke! (Even if the event is full of them.) Take out all 40,001 op-pun-ents and turn in war medal quests to raise the war meter. Each time you turn in a quest, you have a chance to get one of the following items:

Once the war meter hits 100%, take on the boss for its war drops. 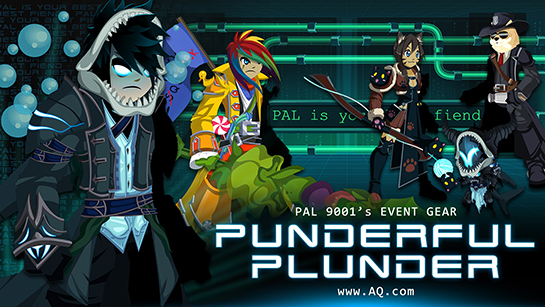 Talk to Artix in Battleon or in /pal9001 to check out the event rare gear shop and the war merge shop! Find a host of painfully punny items inspired by some of your favorite items and ours.*

Battle any of the monsters in the event map to get Punadin Badges to use in the war merge shop.

* Shoutout to K0rey, AQW Streamer and player, who theorized that this YARRR's event would be pirate-themed. So, SO close!

** The most appropriate time to release this armor was always going to be April Fools. The idea quacked the dev team up!

A Game of Groans... Before the War

We have a ton of combat-heavy updates heading your way this month - we're starting the Queen of Monsters' Finale Saga with the 2-week War of Shadows. There's going to be darkness, death, pain, and a few new allies. That's why the team wanted this year's April Fool's update to be light-hearted and a throwback to the humor of the earliest days.

A HUGE tip of the hat to AQW Community Artist and player, ShadowSlayer Rei, whose Nekomancer armor suggestion inspired the entire theme of this year's event. (I am still seriously surprised that we have never done a Nekomancer set before. It is about time!... Ok, no. It is about cats. But still.)

* There are 10 kinds of enemies in the world: those who understand binary, and those who don't. The combat engine and the AQWorlds servers have not REALLY been infected, hacked, or put at risk... unless you think puns are the most dangerous form of humor.