Hunt through Darkness for Light this Weekend!

A Mysterious Stranger has appeared in ShadowFall with a quest for you - one that requires intellect as well as raw battle skills. Decode his clues to discover where your quest will lead, then take on the enemies there to gain the material necessary to complete the reconstruction a long-lost reward! 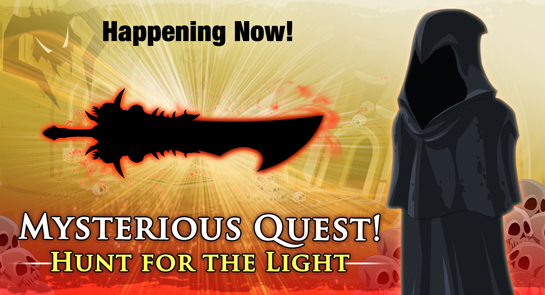 OOC (Out of Character) Warning - this means that what YOU are about to find out, your in-game hero will not know.

You can talk to this Mysterious Stranger RIGHT NJOW in ShadowFall and follow his clues. Find (or fight) what you need to in order to get the pieces necessary to create a VERY special golden blade... something required to reforge an even MORE important (and powerful) weapon!

We're not looking at a new Necrotic Sword of Doom quest line here. No insane number of reagents. You'll need to battle (possibly quite a few times) but once you reach the end of the 10 quests coming Friday night, you'll have a reward worthy of the darkness... AND the light! (And it may just come in handy once it comes time to slay some monsters!) 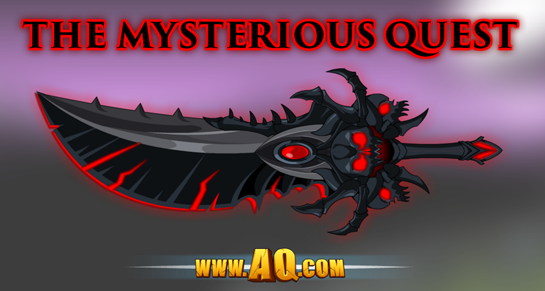 Dark and deadly reward drop from this weekend's boss fight!

WHY is the Mysterious Stranger Involved?!

But really, we have seen a number of Mysterious Strangers over the years -- humans, creatures, or "other" who -- for whatever reason -- don a dark cloak and call themselves "Mysterious Stranger"* (It is pretty hard to see under that cloak to tell them apart!) And hey, you never know. THIS one might be trying to help you, maybe. Probably!

From the Mysterious Brain of Inanitas

Inanitas, a crazy-insane and creative member of the team, came up with the concept for this hunt! If you are *really* stuck on where to go during this hunt, you can ask him gently on Twitter or collaborate with each other on the forum!

Ten years ago, our lead animator Ghost started helping Artix Entertainment. That way WAY back in his DragonFable days. He's crafted some gear for you to celebrate, and it's all in his Featured Artist shop in Artist Alley. Enjoy! (And if you're feeling nice, wish him "Happy Anniversary!" on Twitter!) 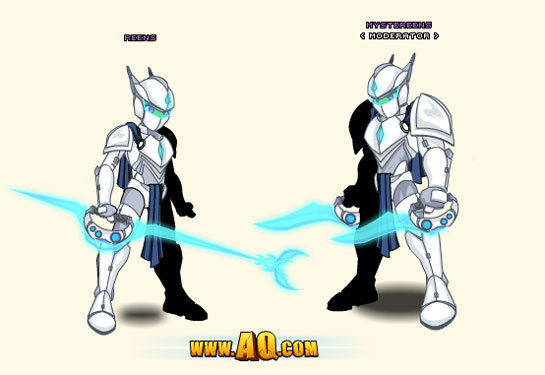 * Like the one from last year's Throne of Darkness Saga!