This is the Guardian Sloan. 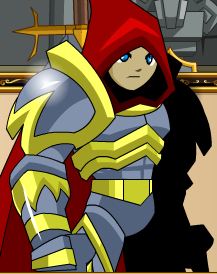 He is now standing just inside the entrance to Guardian Tower. Since the beginning of the game, it has stood tall and silent at the top of Battleon, home to the verification shops but not much else.

Finally we have returned to Guardian Tower in this mid-week mini-storyline and given you a real reason to run around there! This story is full of intrigue and suspence as new and interesting aspect of the Guardians will be revealed.

You get to travel to strange and exotic location. It's a cave. 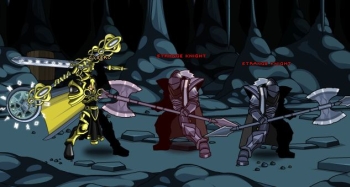 You also get to tie a dude up and question him. 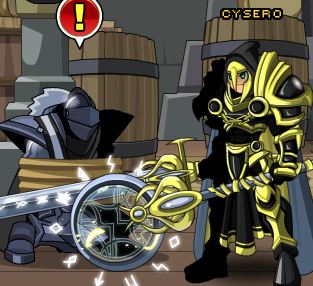 As usual, if you complete the Member Only storyline quests you will unlock a shop full of new armors, weapons and other items all made by SOLRAC (spelled it right this time).

There was some confusion about this release going to the AQ Classic Guardians instead of being AQW Member Only. While we do appreciate AQ Guardians (as displayed by the verification shop and Guardian Only Class, one of the few totally redesigned at your request) but THIS release goes to the AQW Members who support THIS game.

Guardians still get a LOT out the game in which you have upgraded, AQ Classic! :)

I've been seeing a lot of questions about when stuff is leaving the game, or happening in the game so here's a quick-n-dirty list.

331 days until Just Another Day