Boldly Go where No Hero has Gone Before this Weekend...

It's time for LoreTrek XIII: The Unluckiest Quest, our newest Friday the 13th event! THIS time around, it's In SPAAAAAAAAAAACE! Being so isolated and traveling through an airless void, it's really important that nothing go wrong. But since it's a Friday the 13th event... you know something's going to happen! 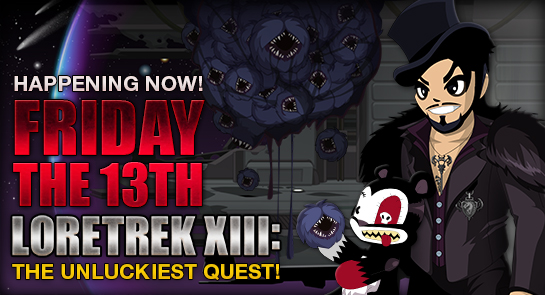 Voltaire has been booked to perform a huge Friday the 13th concert on the cemetery planet Necronus! Unfortunately, on his way there, he broke down near the cursed Bermuda Wormhole. Now, he's stuck on an abandoned space station that is being devoured by a swarm of terrifying (yet adorable) Trobboliers! It's up to you to help Voltaire escape in time to make it to his show – and before this fluffy hive-mind consumes you both!

Test your luck with the Replicator Quest!

After you've completed the event, talk to Deady to unlock the Clone-o-Lier quest! Each time you complete it, you'll have a chance to collect one of the following Trobbolier pets (or a resource to use in the event rewards merge shop)! 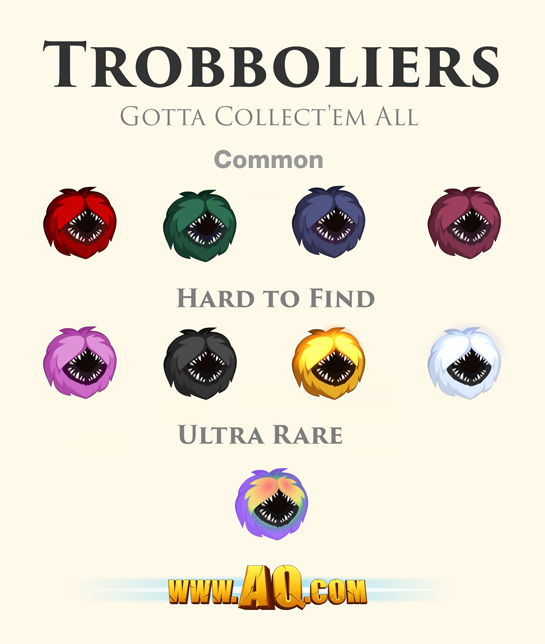 *Thanks to AQW player Shadox for the new name!