If we are going to save the world from Chaos, we are going to need to know MUCH more about its nature. The best way to do that is to get out into the chaorrupted wilds and take on the creatures that have succumbed to its taint. This weekend, talk to LoreMaster Anka in the Crownsreach Librarium; complete her quests to study different chaos beasts, then bring back the knowledge you learn to unlock scrolls, gear, and new lore! 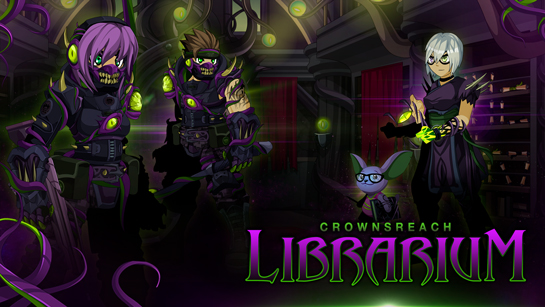 /join chaoslibrarium and talk to Anka to begin here quests! Rank up your Chaos Militia and you'll be able to unlock items from her merge shop.

This weekend, talk to Bev the Battle Beautician in Battleontown for 12 new hairstyles + 4 new wigs. She'll make sure you look fantastic while you make every fight look easy!