They are finally here! You guys have been waiting for quite awhile now and the time has come to introduce the newest Classes in the Verification Shops: the new-new Guardian and the old-new Defender! 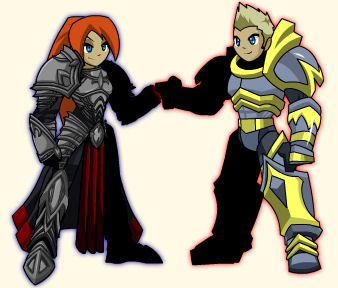 The Defender Class (pictured left) has the same skillset as the former Guardians, but sports an incredibly awesome new look. Defenders are a NON-MEMBER Class and can be obtained from any of the 3 Verification Shops inside the Guardian Tower.

Guardians, listen up! Due to an overwhelming amount of player suggestions (aka demands), we have given the Guardian class a complete skill makeover! The new and improved Guardian Class (still Non-Member) now has incredible damage-dealing potential like the DragonLord and Star Lord classes. As a new-new Guardian, you must master the following abilities:

Yes, both of these Classes are Non-Member. But the ONLY way to get them is by verifying your upgraded accounts in AdventureQuest (specifically for Guardian Class), MechQuest, or DragonFable.

Here, I’ll give you easy to follow links! =D

Last weekend you began retelling your heroic story of how you helped Jack save his village from a hungry giant. After defeating a gigantic guard-cat, you discovered that the only way to free the town was to get a very large key hung around the very large neck of the very large giant.

And since ‘asking politely’ would result in an instant respawn, you and Jack must travel to Smuurvil Village in hopes of finding a potion strong enough to knock the giant out cold. Keep a look-out for these monster item drops while on your flashback: 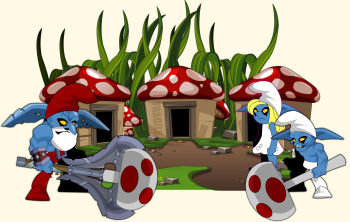 After 5 days of uncontrollable laughter, we have FINALLY picked the winners to our first ever Comic Contest! There were sooo many amazing entries that it was incredibly hard to narrow them all down! Wanna see if your comic made us LOL enough to win a prize?

Check out the Comic Contest Event Page with our top picks!