Take on the ORIGINAL Grenwog

This weekend, battle through our Egg-stra Ancient Origin Story!

Millennia ago, a tribe of ancient humans dominated the area we know as the Bloodtusk Ravine. This war-loving society prized strength, speed, and courage. Before young heroes were pronounced fit to adventure through the world, they had to test their strength and skill against one of the most fearsome beasts in the land.... 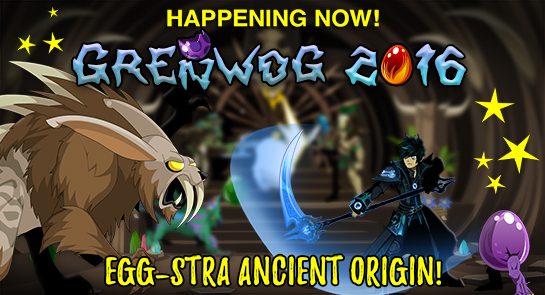 That tradition spread to other lands and peoples, and continued through the ages until the reasons for it were lost to time... and overshadowed by bunnies, chocolate, and cheeps chirping each Spring. (And Cabdury's egg hunt!)

Grenwog is an egg-straordinary holiday on Lore - with eggs to find, bunnies to catch, and the dreaded Grenwog to defeat… but WHY do we fight the Grenwog… and how? Its origin story has been lost to time… until now!

Cabdury Bunny's Egg Hunt is BACK!

Talk to Cabdury (the friendliest, most inedible bunny in town) to access this year's Egg Hunt quests! Collect the eggs hidden around BattleOn and the rest of the town to unlock the Backpack of Eggs and the Vorpal Bunny pet! (Note: Any Vorpal Bunny will be able to access the quests to get this year's regular Berserker Bunny items. Enjoy!) 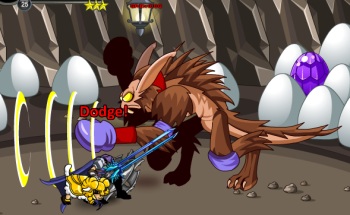 And once you've collected all those, why not try Cabdury's Treat Hunt to unlock the Evolved Berserker Bunny set? The merge items will drop from the bosses in Greenguard Forest.  With an Armor, a Helm, a Spear, and a Long-sword, you'll have a bun-tiful amount of items to choose from! The Evolved Berserker Bunny Armor also requires the drop from the final Vorpal Bunny quest.