The Frostval 2015 War is Over... and the BOSS BATTLE is Unlocked!

After less than a week of INTENSE battling, the heroes of Lore DEMOLISHED both of the war challenges we set... but Karok the Fallen will NOT be defeated so easily! Starting this weekend, /join Cryowar to take on Super-charged Karok the Fallen...

... You'll also discover a TON of teasers and new information about the former Champions of Ice, plus where the NEXT Queen of Monsters Saga will take place!

Last week, we said if you could get the war meter to 25% by Wednesday, we'd release the 2-room Moglin Hut house for EVERYONE for FREE! We vastly underestimated you, because you beat that within 24 hours... so we upped the ante and said if you got the war meter to 75% by Wednesday, the house would gain an extra room WITH armor customization abilities! (I bet you know where this is going...) 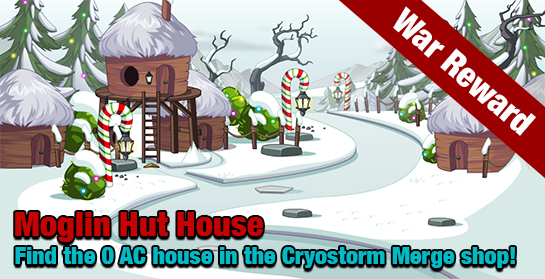 The war challenge was beat on Tuesday, so tonight you can find the 3-room Moglin Hut house from Bido in the Cryostorm Merge Shop for 0 ACs! There's also a ton of new house items and other rewards both in the merge shop and dropping from Karok! Not to mention the REST of the new gear in the merge shop! 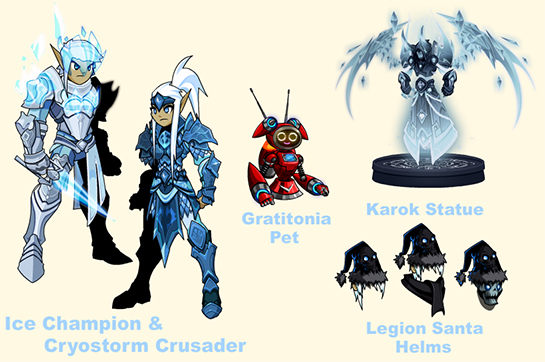 Continuing the Queen of Monsters Saga

Though we learn the location of the NEXT Queen of Monsters Saga in tonight's release, we still have TWO more releases in the Brightoak Grove Saga! That will continue in January. But remember, Heroes...

The Queen of Monsters is ALWAYS watching. And she does NOT fear the cold... OR the Frostspawn.