Friday the 13th swiftly approaches, bringing with it bad luck, a badly-planned invasion, and REALLY badly-crafted creatures! That can only mean one thing... the Beast Maker returns! If you've played through the last Friday the 13th event (in April), then you're familiar with Sleezter Bunny and its master, the Beast Maker.* 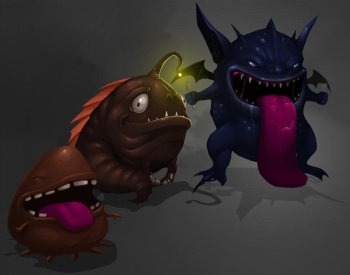 This weekend he launches an all-out offensive against Lore; the goal - total domination and complete control over ALL the monsters! A Beast Maker's got to have beastly resources, right? Otherwise he'd be like an artist without paint. 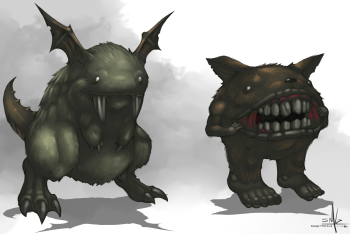 With Sleezter's help (NOT the best choice...), the Beast Maker is going to plunder and pillage his way through Lore and its monsters - from frogdrake to frost elemental - are the loot! You'll need to find a way to stop him, and that means plunging headfirst down the rabbit hole... 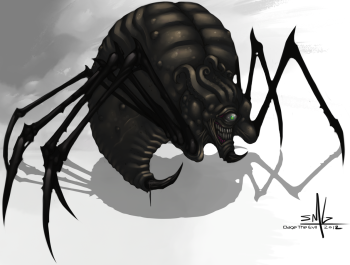 into the Shadow Realm, slashing and stabbing your way to the heart of the Neverworld!

This is the third and LAST Friday the 13th event of 2012! As always there will be the epic event shops, the new Voltaire Top Hat helm, the Vorutanian Key Blade, and...

We are introducing a zone (shaped like Voltaire's Top Hat, of course) which will let you re-play all of the past Voltaire events! The plan right now is to have the zone open to members all year round and to free players during the 2 weeks of future Friday the 13th events!

* Hint: He was guy with the glowing red eyes at the end of Part II's final cutscene.

There were some problems with last week's war, but we've addressed those issues.

Remember: winning a battle does not mean you've won the war. The #NulgathNation has every chance to wrest the war win away from #DagesLegion... IF the Legion falters. But that won't happen... will it?

Both Dage and Nulgath's war shops will get NEW items this Friday, as well!