But YOU Can Get (Un)Lucky This Weekend!

Tonight is Friday the 13th: undead love and invasion are in the air, because it’s the most nec-ROMANTIC Hero’s Heart Day since 2009! True love never dies, but sometimes you need to choose between your love… and the world! Hunt for Voltaire, Lore's favorite gypsy pirate musician and battle through Lore to defeat an undead invasion and help Jagger retrieve the 13 Dark Gifts his love, Nastasia, desires! 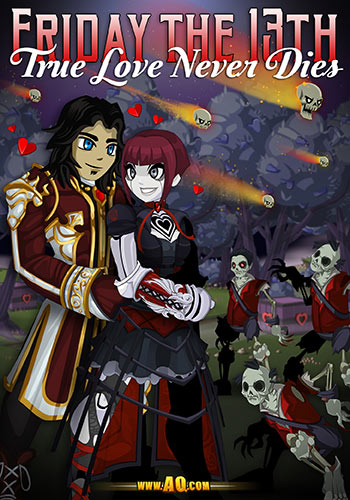 NOW: /join necromance to begin your quest to help Jagger and his girlfiend (I mean girlFRIEND) Nastasia have the best Hero's Heart Day EVER! 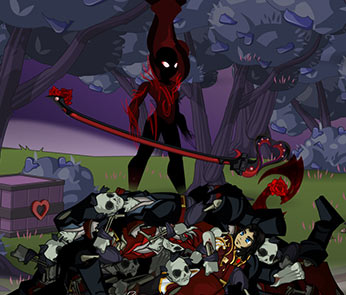 We've got a ton of the most heroic, heart-filled gear for Hero's Heart Day, and a bounty of the most beautifully-unlucky Friday the 13th gear a necromancer(/slayer) could hope for! 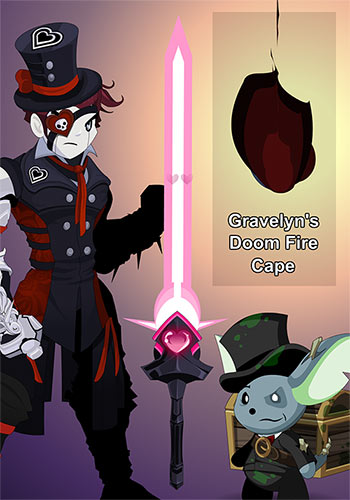 Talk to Quibble in Battleon to get the Unlucky Quibble Bank pet! You'll also find the Hero's Heart Day / Friday the 13th shop there, with Gravelyn's Doom Fire cape (based on and priced the same as the original Doom Fire cape from 2009) and the Dark Heart StarSabre! 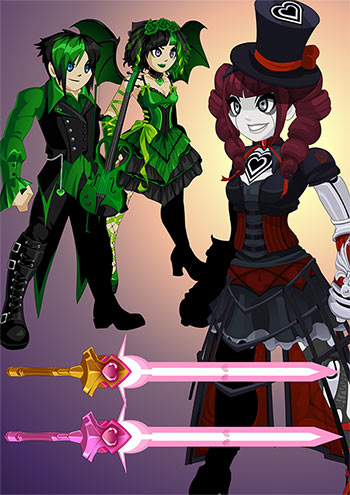 If you /join necromance, you'll also see the Hero's Heart Day/Friday the 13th rares shop, which contains the armors featured above. Jagger's Unlucky Love shop also has the Gold variation of the Dark StarSabre (which will return each year).

Once you've completed this year's release, battle Nastasia for a chance to get the seasonal rare Elegant Gothic Valentine armor set or the RARE Pink version of the Dark Heart Saber!

And don't forget to /join pinkmap to take heart-filled screenshots of your favorite gear and /group of friends!

We love our brave heroes, so you deserve something extra special this Hero’s Heart Day. Log in between Feb 13th - 20th and get 200 AdventureCoins! 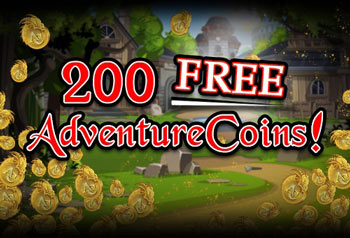 You must be level 10 or higher (becasue, you know, you gotta be responsible when spending those AdventureCoins).

The Unluckiest Hero's Heart Day Yet!

Those of you watching our Twitter feeds today saw a running commentary of bad luck and bug smashing! From our release coder/animator being stranded in the middle of nowhere* to an Adobe Flash Player update blocking some of our players**, to the seriously creepy clown***, this has been one Hero's Heart Day I will NEVER forget! (Fortunately, there's not another Hero's Heart Day / Friday the 13th crossover until 2026!)

Have a fantastic Friday the 13th (for another 55 minutes) and an AMAZING Valentine's Day tomorrow!