It's the morning we've been waiting for for over 5 years: the Final Battle against Drakath! We will be updating these Design Notes until the relese is live so you can live the hours leading up to the release alongside us. We are pushing to make sure that this release is as INSANELY AWESOME as we have been planning! 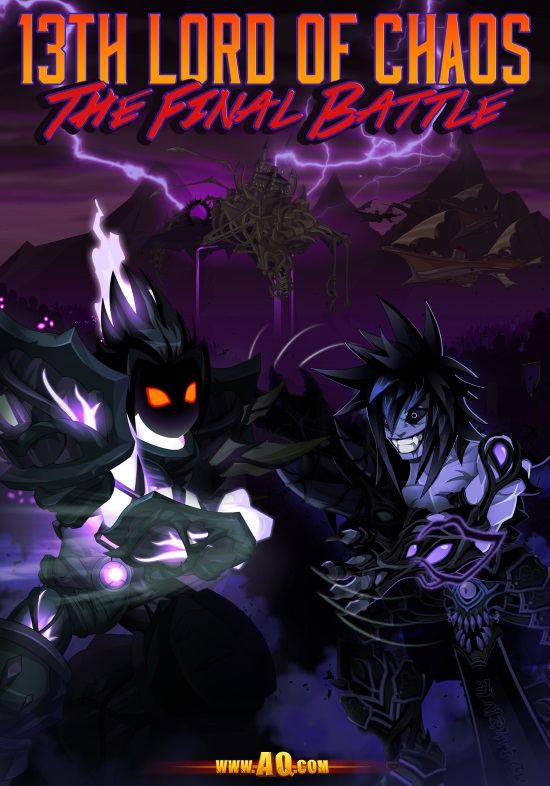 This weekend, the finale hub and the first of four finale maps releases! Fight your way through /dragonbattle, taking on Drakath and his chaos minions! We will be reviewing the other three maps to see what is causing issues for people.

1:30 AM: Bug hunting continues after sleep.
There is a pretty big issue that we cannot reproduce on test or player accounts. The team is heading to bed. We will resume investigating the bug after some sleep. I will post Design Notes in the morning with more updates.

8:08 PM: MASSIVE Chaos Coming at you!
We are still running through the release and story order. With 6 maps and 17 cutscenes in 23 places, this is a pretty big puzzle, but Chaos will NOT triumph! We've got lists and google docs and determination... and you guys by our side!

7:16 PM: Cutscenes are DONE!
Ghost has done more in the last two weeks that in over 2 MONTHS of releases! He worked his ectoplassm off, and now he's ready to fade into the aether for a while to recharge his batteries! That means the designers are making sure everything's in order and testers are trying their hardest to break things (and succeeding!). We are making progress, but it may be a late one! 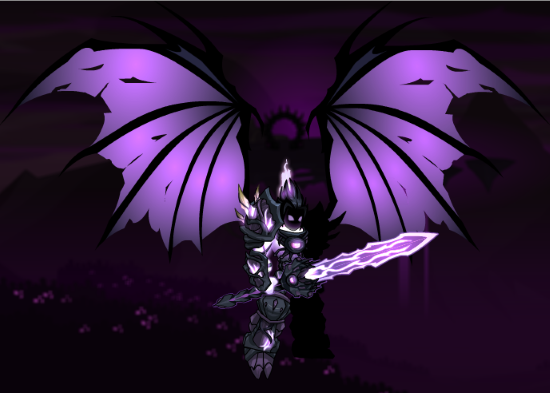 ALL OF THE TESTING AND BUGS AND FIXES ARE HAPPENING NOW!!! OH MY GRAVELYN!

3:48 PM - Chaos Conquers One More
Zoshi just messaged: "So, Flash had an unexpected exception error. My Chaos weapon's gone. And the temp file was saved over. So... Back to the BeastMaster Class armor?"
Drakath: I am calling you out! You will NOT get away with this!!!

3:45 PM - Drakath Attacks Arklen HARDER!
There is ALWAYS some unplanned catastrophe when we do these big events... and this time, Chaos is having a ton of fun! Arklen just messaged: "Ok, maybe it wasn't the battery. Now the keyboard doesn't respond at all." Time for backup plans!

3:15 PM - Cutscene Progress Check!
Ghost and I just went over the last, BIGGEST cutscene of the release, seeing how much time all the animations would take. We changed some of the script, or it would have taken until Monday but... I think we just made it MORE awesome!

2:30 PM - New Art Arrives!
Blade turned in his contribution. The filename is "ChunkiesAndSmear." Reactions around the Lab are:
Cysero: Ew.
Geopetal: That. Is. AMAZING!
Alina: There is no emoticon for the things I am feeling right now.
Galanoth: Oh no, LOL!

1:30 PM - GIANT Bug-fixing!
We found a bug... time to go make a shrinking potion! And Blade is contributing to the release in his own, VERY special way! 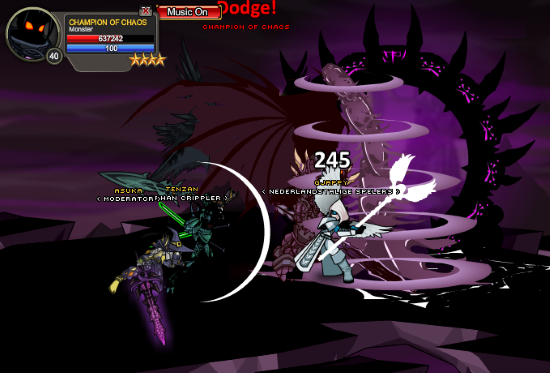 Your Chaorrupter Unlocked Blade is morphing... to target Drakath! It seeks the blood of the Chaos Champion!

12:15 PM - Ghost Rocking The Cutscenes!!
Ghost: So the player (spoiler) while (spoiler) is probably the coolest scene I've animated.
Alina: You made the player do WHAT?!?!!

12:00 PM - Bugs... BE GONE!
Yorumi tagged in on the bug fixing while Arklen gets some more sleep. He's knocked out the biggest bugs and is working on cutscene and sound issues now!

Across the hall, I can see Artix imitating a fish while planking on his desk. I am not sure what is going on there. I do not think I want to know! This. Is. CHAOS!

11:00 AM - Artix Arrives!
And is immediately hauled off by Cysero, Zhoom, Rolith, and Yergen to give input on the secret project. From down the hall, we hear:
Artix: Drakath! I am coming for YOUUUUUUUUUUUUU!!!

10:30 AM
Memet, J6, Sora, Zoshi, Laken, Vokun, and Wonderp all signed on and checked in! (They are our offsite devs).
J6: The time has come.
Memet: We are ready to SLAY this bad boy! I'll be the last nightmare he ever sees!
Wonderpbread: I made you some toast to give energy... but I eated it. How do cookies sound?

10:20 AM
We are AWAKE, ALIVE, and WAY overcaffienated! That means it's time to get. This. STARTED! More and more members of the AQW team are starting to report in.
Alina: Let's DO THIS THING! /cheer
Artix: I am drawing a bath for my baby! I will be with you in spirit... until I am there in person to help!!!
Yorumi: 'Mornin'. So... we live yet? No. Alright then. Time to rock this out!

7:00 AM
Ghost is online and crossing the streams to get ALL the energy!
Ghost: Got so much coffee in me everything is moving slow. I am pretty sure this is how Neo sees the matrix.
Check out the soundtrack Ghost made for you to play while we work today!

3:15 AM
The kiwibird burned down the bush. The otter's in the well. And I am off to XXXXXXXXXXXXXXXXXX - Arklen

(Those were probably supposed to be Z's. - Alina)

2:20 AM
The event hub map is 80% ready to go. The Final Battle map is go. Arklen's booking on the rest of the battle maps. (Gotta love templates!) 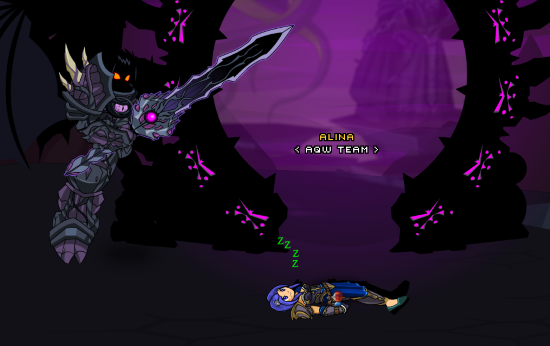 Chaos does not know the meaning of sleep!

Time to pass the baton over to Arklen and the testers and get some sleep before tomorrow! Those of us who work at the Lab need to be awake and back there again in OH NO SO LITTLE TIME to go to - ZZZZZZZ

2:00 AM
Arklen's resolved a bug with the Drakath boss health. I've entered a hyperaware map-building state where the bugs are betraying each other and fixing themselves. #CHAOSreigns

1:45 AM
Time to reveal the one of the 7 items you'll need to turn-in for the Drakath's Armor quest! (You will not find out all of them until you've completed the ENTIRE release!) The first item is... some number of Treasure Chests! These have a chance to drop when you kill ANY monster in-game! If you haven't been collecting them, now's the time to start!

1:30 AM
Testers say that the first of 5 battle maps is READY TO GO! Arklen (the map coder) looked up and said "kiwipants" which I am interpretting as "Burning that night oil, gona be a doosy," or "GIVE ME MORE COFFEEEEEEEE!!!!" 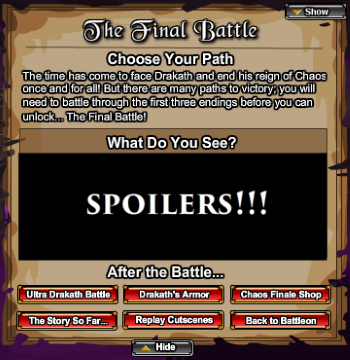 Preview of the event menu 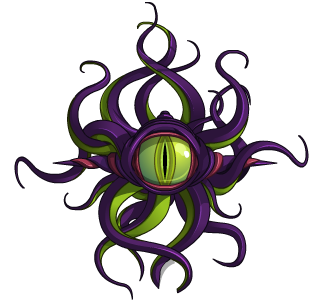 Keep an eye on this post for more details about tonight's release! Right now, I've got to go help the testers!

Find out how to get all 12 items in this once-in-a-lifetime set tonight in Chaos Champion Prime Design Notes post below!