Is you car a Girl or a Boy?

Ever wonder if the vehicle parked outside your home/castle/secret volcanic lair is male or female? We often refer to boats as a “she” because, in Romance languages, the word “ship” is feminine.

But crazy ol’ English doesn’t have genders for objects, as is the case in many other languages. So, if you’re living in an English-speaking country, how do you know if your car is a boy or a girl? 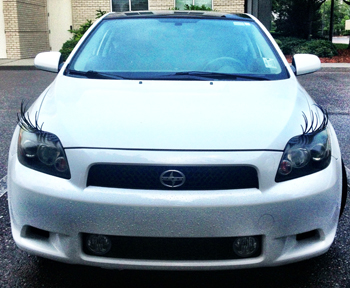 Look for the Eyelashes!

Oh yes, right there is Beleen’s tC. And she’s sporting a mighty fine pair of long, lovely eyelashes—equipped with waterproof mascara, of course! 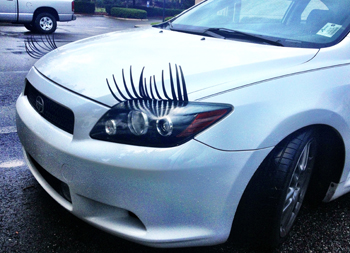 It’s pretty simple to tell if your vehicle is a male or female based off the eyelashes. And you should SEE all the other cars that stare at her, flash their lights, and honk their horns when she drives by.

Mystery Solved: Now you know which gender your fender is =D