Fear not, my friends!

Ooooohh! I just got the chills! And it’s not from the weather… since us Floridians are enjoying the 80 degree sunshine right now =D

I’ve got the chills in preparation for Friday’s release!

A new threat has presented itself to the world of Lore. They are called Terrorkind, a race of monstrous beasts deriving from an unknown dimension... a dimension comprised entirely out of fear! And about 3 million of them are headed THIS WAY! O____O Yikes! 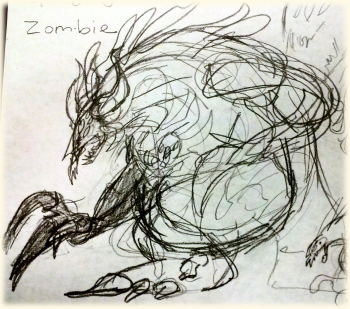 Have you seen this Monster?

The Terrorkind must be stopped. If we can thin their ranks… perhaps we can get some answers as to who… or what… is behind this fearful onslaught…

Like good ‘ol Cysero said yesterday, you have to defeat waves of monsters in order to raise the War Meter. Once the meter increases by 25%, a new area of the battlefield will unlock. As you progress, you will venture further and further into enemy territory until you reach the Fear Feeder who is behind all these attacks… and only then may we get some answers!

But this war is ganna be a bit different. Each monster has a chance to drop up to 5 different Fear Trinkets (name is pending!). And you will be able to use these Trinkets in the War Merge Shop to score some awesome never-before-seen items! 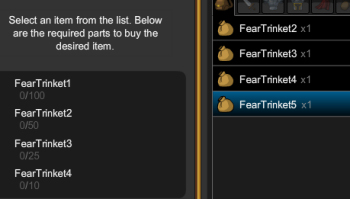 Because we all know how difficult farming for merge items can be, we decided to add a…uh…I don’t know what you would call it…but basically you can use these Trinkets to buy other Trinkets in case you have a bagillion FearTrinkets1 but really need just one more FearTrinket4 to get that epic sword from the merge shop.

Did that make any sense? Or did I just confuse you? Good—my job here is done =p

Wowie! Khuddar the Black Market Dealer in Battleon has nearly SOLD OUT of his epic loot! 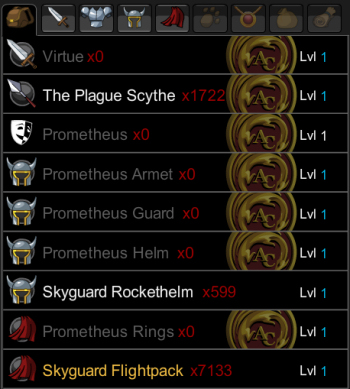 Just like the name suggests, all the items in his shop are limited in supply. And once they sell out completely… that’s it—no more will EVER be released. So it looks like this might be your last chance to score the remaining items from his shop before it’s too late!

What sort of items would you like to see in the next Limited Quantity Shop? No release date is determined…yet… but we would like to know what sort of rare items you would like to get your hands on. We don’t know when the next shop will come… or what time it will come… but just like this LQShop, we will give you ample warning time so that everyone across the globe will have a fair chance at getting the next shipment of items ^___^

Let us hear your ideas on the forums!