The Gates of Evil's New Home Open THIS Friday!

After the Queen of Monsters rose and the Alliance of Good and Evil shattered, heroes across Lore fled the Chaos. The Evil Heroes of Lore founded (*cough* stole) a new home for themselves, created from the ruins of an ancient keep… and they call it: Dreadrock Citadel! 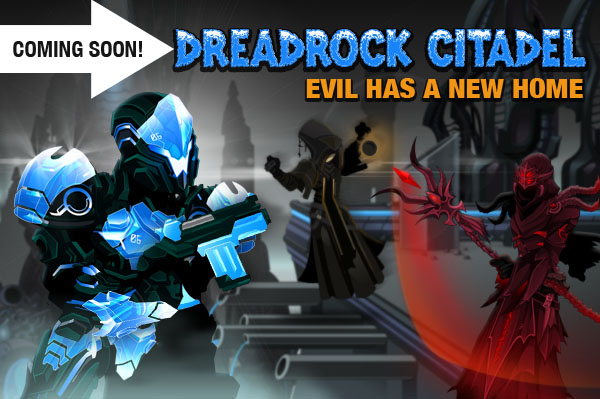 This ancient citadel was created by a race of alien beings fleeing... something... but no one alive today knows who they are, what they fled, or where they came from. What we DO know is that Dreadrock Citadel, located on the western coast of Skullholme, is where Lore’s darkest beings gather in the post apo-CHAOS-lyptic world to do business. 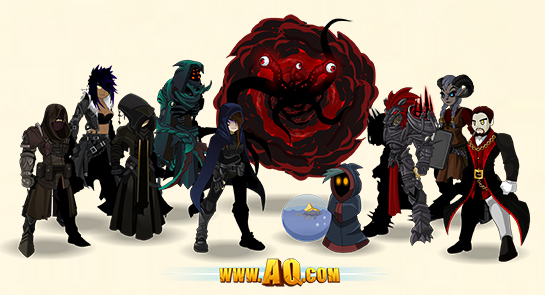 No single group controls this city, making this near-invulnerable fortress the perfect neutral meeting place. No one has ever dared to attack it, since doing so could incur the wrath of every evil faction on Lore...

Isn't Skullholme on the Mainland?

Yes, yes it is. For the last year, most of the releases have been taking place on the island of Drakonus. After the Queen of Monsters was freed, tens of thousands of heroes fled to there to seek a new life. But since the 13 Lords of Chaos Saga ended, we have been listening to many players eager to learn what has been happening to the areas and NPCs they have grown so familiar with.

We've had some incredible (and titanic) battles on Drakonus, but when we say we make our games for and with you, we mean it! If you want our releases to shift focus and go in a new direction -- telling stories about your hero,  the battle companions, and the lands you know and love -- and what their life is like under the Queen of Monsters... then that is what we are going to do!