Summer is on fire, and so is the 7 Deadly Dragons Saga

Happy Tuesday, party players! We've got a lot going on this week, so let's get right down to it. (Unlike Phlegnn, Dragon of Sloth we are ready and rarin' to move right along). 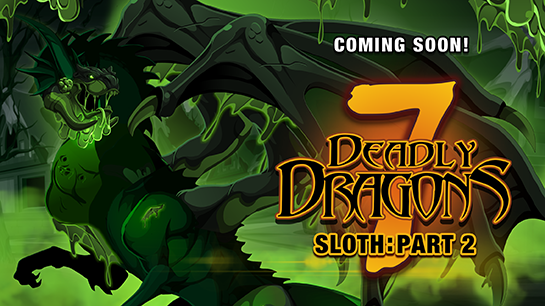 We last left Galanoth, your hero, and the Dragon of Sloth in the middle of shenanigans (concocting potions, cures, hoses, and SCIENCE were involved. It got a bit messy).

This week's release focuses on the 2nd boss fight of the Sloth Dragon storyline, and picks up where last week left off. Normally, we would have put both boss fights into one week. BUT several things happened in the week's leading up to this one which made splitting them a wise choice:

We can make that happen! The next three dragons will each have 2 part releases, intentionally spaced out to let us expand on their stories.

We also took a look at what we want to do with the Slayer's Rise story, and there is just TOO much to Galanoth's history with Akriloth to fit in one week. So we're expanding that into a 4-part story which will begin in January of 2018. There will be a one-week break between the Dragons of Envy and Wrath as we celebrate Talk Like a Pirate Day, too. YARRRRRR!

It's been quite a while since our last limited quantity gear was available. That all changes this Friday as we bring you the Elemental Dragon Summoner LQS! Get a first look at the new gear releasing, and check back later this week for final stock times, quantities, and prices. 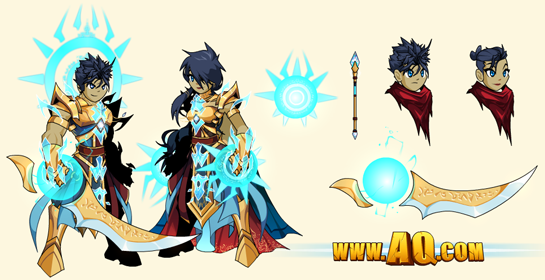 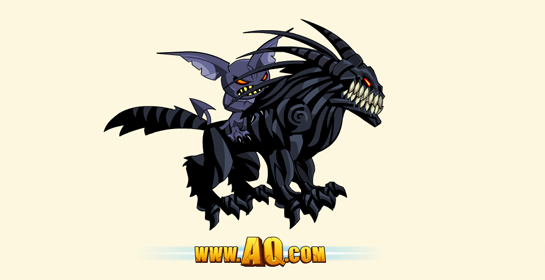 The Dark Makai Shop Vendor house item will open up Nulgath's Diamond merge shop, for those heroes who do not want to travel far to create their gear! 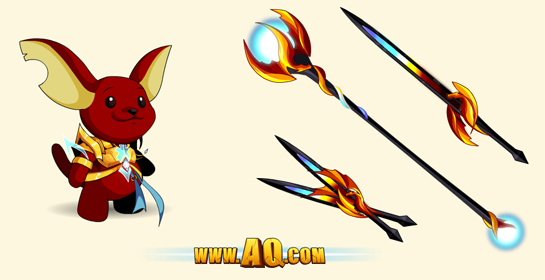