Maleth, Shadow Dragon of Envy, holds the legendary Dragon Crown. There’s just one problem - none of the clans accepts his rule.  This weekend, log in and face Maleth as the 7 Deadly Dragons saga continues. Take the crown, bring him down, and prevent civil war between the dragon clans! 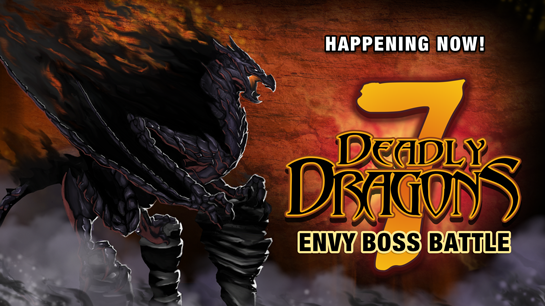 Legend of the Dragon Crown

Dragons of all elements and races know the legend of the Dragon Crown - only one worth of ruling ALL dragonkind can wear it. Most assumed it was just a myth… until now. Maleth, the Darkness Dragon of Envy, wears the crown and claims the throne. 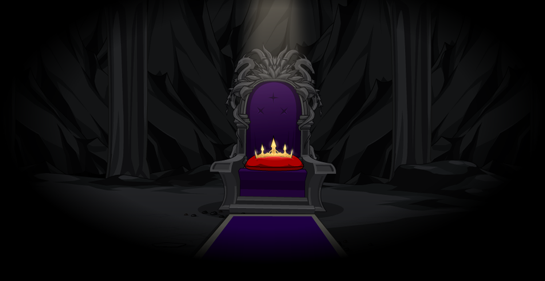 Right now, civil war on the verge of erupting - even IF the dragons wanted a ruler (spoiler: they don't), they would not choose a selfish, deceptive creature like Maleth.

Last week, your mission to stop Maleth began with:

This weekend, the fight to dethrone Maleth continues:

No matter who holds the crown, we know who the REAL dragon royalty is… you! Find the DragonKing Warrior set in your Featured Gear Shop, available for AdventureCoins until October 6th, 2017!

And after watching the final Dragon of Envy cutscene, you'll be able to farm for the pieces of the Prince of Dragons armor set, the Key of Envy* and a host of other reward drops!

* If you have the Heptagonal Chest from /battleundere, you may start to hear some rustling and tap-tap-tapping coming from inside. Collect all 7 keys (one from each of the 7 Deadly Dragons) to unlock it!