Dragon of Envy: the Dragon King

Dragons of all elements and races know the legend of the Dragon Crown - only one worth of ruling ALL dragonkind can wear it. Most assumed it was just a myth… until now. Maleth, the Darkness Dragon of Envy, wears the crown and claims the throne. 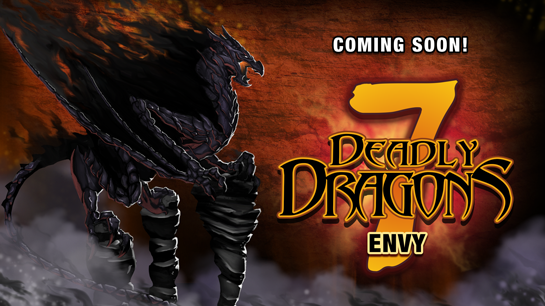 Right now, civil war on the verge of erupting - even IF the dragons wanted a ruler (spoiler: they don't), they would not choose a selfish, deceptive creature like Maleth. By this Friday, we'll have dragon clans going fang to claw as they fight to offer up a champion to put in Maleth's place.

Your mission is not to fight IN the war, but to stop Maleth.

This weekend, log in as the 7 Deadly Dragons saga continues as you begin the fight to stop the dragons’ war and recover the crown! Tackle this week's mini-boss for a chance to get the pieces of the Draco Tenebris set below! 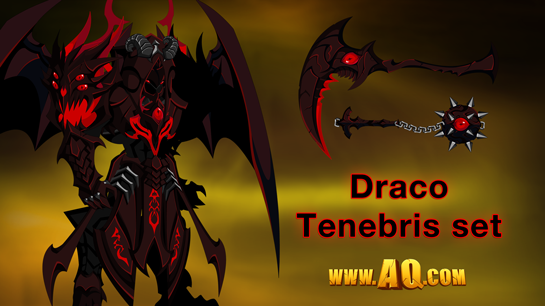 IF you manage to convince the Dragon Clans of your worth AND gain the approval of the Castle Guards, next week you'll be able to battle through Maleth's lair for a chance to take the Dragon Crown!

To begin the Dragon of Envy release, /join dragoncrown or use the AdventureMap in your game menu.

PS: the Key of Envy will arrive next week, with the Dragon of Envy boss battle.

Yorumi and Arklen worked this week on a number of changes to the tutorial, as well as adjusting player and monster power level based on your feedback. This weekend is a test of the damage multiplier and other monster tweaks, and may change again based on your comments.

Please log in and battle monsters on the PTR server. Then let us know your thoughts about whether you feel stronger, combat feels smoother, and if the new server is working well in general. Send messages to @Alina_AE, @Arklen_AE, and @Cemaros_AE