Darkness! Doom! The bones of MILLIONS OF UNDEAD!!! All of this and more are almost in Noxus and Vordred's grasp... IF they succeed in conquering Shadowfall! It is an epic battle for both Light AND Dark this week; only YOU will be able to save Gravelyn's home and undead army - and you'd better, if you want to have any hope of saving Lore. 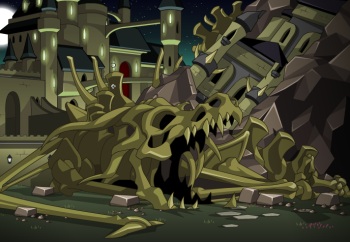 Noxus and Vordred are on their way to Gravelyn's throne room and you've got a ways to travel from DoomWood to Shadowfall. So grab your most terrifying weapons, equip your highest enhancements, and prepare to /unsheath on a moment's notice because THIS FRIDAY the war for ShadowFall BEGINS!

War rares galore AND a Player Suggestion shop update will have you stuffing your backpack with new loot until it's so heavy you'll need to train your STR in order to carry it!

Last week we launched the introduction of the re-vamped DoomKnight and Paladin classes. Many of you were really happy with the changes, but enough of you wanted to see MORE! So we're going back to the coding board and seeing how we can fine-tune, rework, and SUPERCHARGE those improvements! 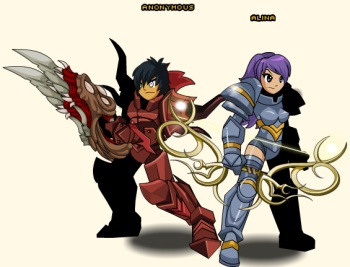 Revamp 2.0 begins this week; we'll keep you posted on details as we work out and change up the numbers!

Chaos will recreate you into a completely new form, but not if YOU master it first! This LUCK-based class will have you causing pure havok on the battlefield; your enemies won't know what hit them, only that they're down for the count and seeing stars! (Or skulls, if they're undead.) 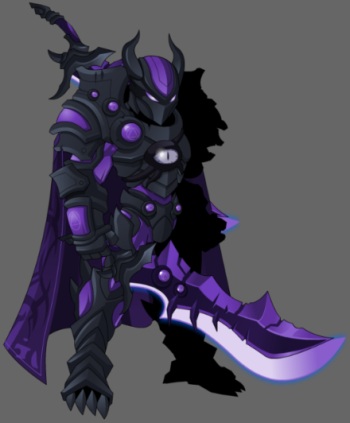 Because this is a preview, and because we love teasing you with information, here are the NAMES of the skills:

Yorumi is in a coding frenzy getting the code right. Cysero's given him a list of twisted skills to confound, confuse, and concuss your enemies until they won't be able to STAND against you, let alone attack you!

We're making good progress on the class and hope to have it done soon. We'll keep you posted!

Things we are working on RIGHT NOW!

We had a meeting this morning to go over plans for AQWorlds. They were divided into 3 parts: Immediate, Current, and Future plans.

Projects we are working on for this week:

Shadowfall war: this week's release, with rare items galore and a nifty Suggest Shop update.
Color palette fix: this will NOT get fixed this week, but Yorumi is working with Zhoom on it.
Doomwood being added to the map: on Friday you'll be able to walk to Doomwood!

Projects we are making progress on:

New Tutorial coming:
To make the new player experience the BEST it can be, we're introducing a tutorial! Written by Cysero, this walkthrough of gameplay basics should make getting in-game, gearing up, and getting your BATTLE ON much faster and more fun!

PaladinSlayer Pack:
This will feature a doom-filled deck of darkness and destruction! The featured card-game class will be... PaladinSlayer! (NOT the same as UndeadSlayer, which is an in-game class which will come in Doomwood!) You'll get cards like "...On a Bonemuncher!" and "Vordred's Sword"!*

Chaos Pack:
Chaos consumes ALL! And with this chaotic card-deck you'll be able to completely chaorrupt your friends! The featured card-game class will be... Chaos Lord! (NOT the same as an in-game Chaos Lord class. That doesn't exist.) You'll get cards like "Yokai Dexterity" and "Chaorrupted"!**

We do not know what the in-game items attached to these will be. But we will think of some! We're working hard on the expansions, but do not yet have a confirmed release date.  We will keep you updated on when that will be!

* Card names are subject to change. These are just examples.
** These are examples too, and will change if we can come up with something more AWESOME!

Forum question: What cards would YOU like to see in the Paladinslayer and Chaos card decks? Let us know and your favorite weapons, pets, armors, counters and traps might end up in the expansion pack!