The Artix and Sepulchure Action Figures Are Almost HERE!

In fact, we've started to receive word that the action figures have already started to arrive in some U.S. Toys R Us Stores but they should be in HeroMart by around the end of this month!

The Action Figures will be available in EVERY Toys R Us location in the continental United States in the collectible card section, with our other stuff like the Card Game, Booster Packs and 2012 Calendars. Sadly, only U.S. Toys R Us stores will get the toys (Want to know why? READ THIS!) but as soon as they arrive on HeroMart, they will start being delivered everywhere that HeroMart delivers (69 countries and more added all the time)!

So today seems like a good time to do the skill breakdown for the DoomKnight Overlord and Paladin High Lord classes that come with the toys (in addition to 5 exclusive battle cards, a legendary helm, weapon and armor that matches the class art exactly and an exclusive in-game castle or fortress!).

Good guys won the coin toss so they go first...

Everyone knows that the Paladin Order exists to battle the forces of darkness and the unnatural and unholy threat of the undead but there are more than one kind of paladin. There are Paladin Loremasters, Weaponmasters, Recruiters, Healers and of course the Paladin High Lords who are the elite branch. They are a relatively new branch of the order tasked with taking on threats that the outmatch normal paladins. They are put through special leadership and combat training that test their will, faith and might. Those who pass the tests are the very best of the best that the Paladin Order has to offer the world of Lore. 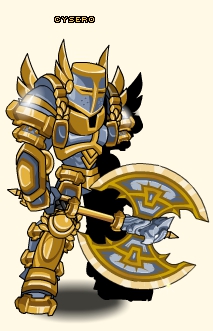 The Paladin High Lord is a warrior type class and some of their power is drawn from the Strength stat  but others draw their magical damage from Int. I suggest Hybrid for decent damage but higher heals. That depends on how you like to play.

Shoots a ball of holy fire at your foe causing damage over time and a decrease in Crit for as long as your foe burns. Damage increase with each additional party member.

This is a pretty basic, magic based blast with a burn effect attached to it. Good for pulling from across the room. You will notice that we added some new functionality to each of these new classes in places... the skills are pretty good on their own but some skills like THIS one will get stronger and stronger with each additional player you add to your party!

This function will affect the base damage of the initial fire blast but won't change the DoT value.

Heals you and your allies. The Heal grows strong with each person added to your party!

A very good AoE (Area of effect) heal that starts out good and only gets stronger and stronger with each player that accepts your party invite. It's a little costly but WELL worth the mana. This makes you VERY useful in party situations but contains more than enough healing juice to keep you patched up in a solo fight.

Stacks up to 5 times. Strike that does low damage but slows your enemy with each stack. Has a chance to stun Undead foes for 4 seconds.

Here is the pesky skill that you need to maintain. It's fast, light damage and costs next to nothing from your mana pool but the stacking haste debuff makes it one you should not underestimate. If you plan on skipping this skill just because you don't like keeping the stacks up that is your call but if I were you I would use it every time.

The pretty good chance that you'll stun an undead enemy is just gravy.

People tend to underestimate how much damage you get from these. A 10% damage increase takes a critical of 1000 all the way to 1100 and who doesn't like to crit 12% more?

You send out a wave of light that damages all enemies in range and reduces their damage for a short time. Effects grow stronger with more people in your party.

Here is your AoE Damage skill for taking out multiple enemies in a single room, It's a decent AoE with pretty high damage on its own BUT when you have a full party, with the right enhancements, you can take out entire rooms at once! It's also a good skill to use against bosses as well.

Your target suffers a massive blow from an unseen divine helper.

You've seen this before and you'll see it again. At rank 10, you suddenly gain a power that goes off randomly, costs no mana and does MASSIVE damage to a single target.

Now let's see the darker side of the coin...

Empress Gravelyn is not pleased. Vordred, an undead soldier capable of resisting the light based paladin powers, was beyond her control. The necropolis, source of her undead armies, has fallen into the hands of an upstart little girl. Dage and Nulgath are fighting over the title of Lord of Evil which was a title that was hard won by her father, Sepulchure and hers by birthright. The time has come when Gravelyn has had enough. She has taken her elite DoomKnight soldiers, some of the strongest undead creates in her arsenal shaped in her father's image, and has superchaged them. The ritual was long, blindingly painful and mind meltingly complex. Most of the DoomKnights who entered the royal chamber on Shadowfall left as piles of ashes and bones but a few.. the darkest and strongest were reshaped into DoomKnight Overlords! 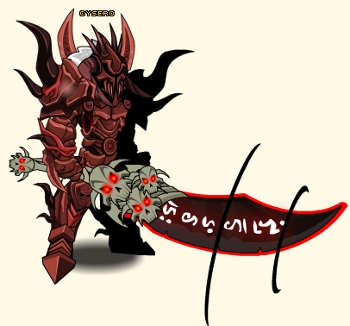 The DoomKnight Overlord is also a warrior type class and like it's lightside mirror image, draws power from STR and INT, so Hybrid is probably a good way to go. But you could try all Wizard or all Fighter enh and see what happens.

This is a very nice lead-off power. The damage potential is EXCELLENT considering the tiny cooldown, strong damage and low mana cost of this ability. Tack the Damage AND Crit debuff onto this skill and it gets even better. Get a part full of friends and it becomes something staggeringly powerful.

Causes all foes within range to burst into flames, dealing moderate damage and causing them to burn for Damage over time. Effects increase with each additional party member.

You get an AoE early in this class progression. Makes it easy to pull an entire room but dangerous if you don't have your third skill yet, but DOES significantly increase your damage output. The damage is balanced out with a pretty hefty mana cost and a long-ish cooldown. Remember that this power also gets stronger with additional party members and while the damage goes up the mana and cooldown never change so... go make some friends.

Has a 50/50 chance of either stunning your foe a few seconds or giving you back some health. Healing effects increase with each additional party member.

Here is where you test your luck (not the stat). Either you are going to stun your foe (except for some bosses) OR you're going to cast a pretty beefy HoT (Heal over Time) on yourself. It's WIN/WIN! The advantage that this has over Pali High Lord is that your stun will work on a LOT more than just undead. The disadvantage is that it shares the skill with your heal so you can never count on what you're going to get.

As with any challenge you issue, you know what reaction you might get. You might need a heal VERY badly and only get a stun. If it enough to give you the upper hand? You might want a stun but get a heal when your lifebar is already full...

The HoT is decent on its own but gets REALLY strong with a full party, unfortunately a party does not affect your stun duration.

Deals massive damage and significantly lowers your target's ability to hit anything for a short while.

This is a HUGE damage power and it's strength is consistent even if you are on your own. The mana cost is VERY high and since you're on a warrior mana regen model the Hit debuff on your target is not your friend so be smart when you use this nuke. It's a great opener and a great closer and if you manage your mana well enough you can use it during battle too. Since the cooldown is only 8 seconds you should be able to use it as frequently as your mana allows.

Your foe is attacked by it' own shadow, dealing massive damage as it resists being pulled to the underworld.

It's a cool description but it comes down to the same thing as Pali High Lord's rank 10 passive. People who fully rank up this class will occasionally and suddenly deal a MASSIVE hit to a single target with no effect on the Doomknight Overlord's mana or cooldown.

Looks like both classes are very good multi-purpose classes a lot like Dragonlord. Paladin High Lord has a more dependable heal but what it gains in survivability and party-usefulness it looses out in the raw damage potential which Doomknight Overlord enjoys. In PvP, if you party up, you will be a force to be reckoned with in BOTH of these classes.

Remember that we don't have unlimited funds so we've only made a fixed number of these toys and if we make more we want to make new characters so they are already Limited Quantity Rares.

Oh yeah, if you get both toys you can become the abomination I'm calling the DOOMPALADIN HIGH OVERLORD! 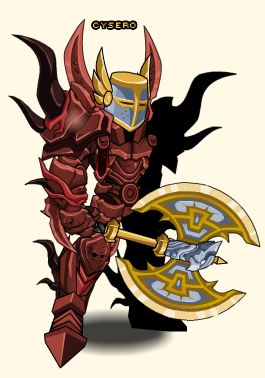 227 days until Just Another Day