CON STARTS THIS WEEK!!! This is one of my favorite AE traditions. I have been going to DragonCon for years and getting to meet up there with some of our most diehard fans is always a great experience. We've have had people come from England and even as far away as New Zealand just to attend our now legendary DragonCon panels! 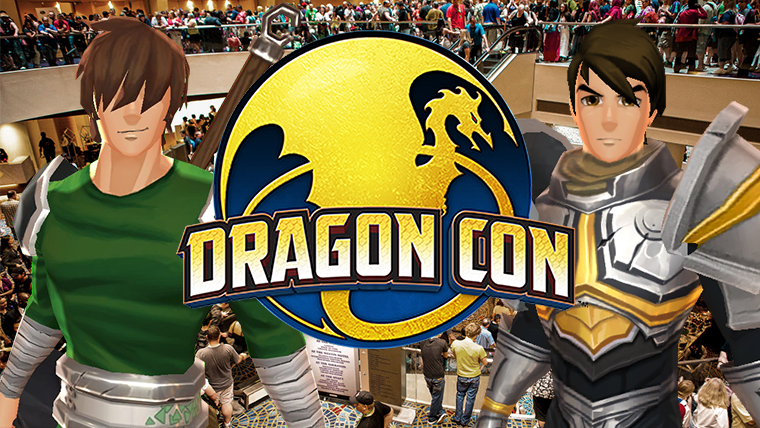 This year, it will be Artix, Dage, Stryche and me and we will be talking about AQ3D. We will be giving secret info and spoilers about what we're working on and what we have planned for the game, and giving away a few Closed Beta keys that will work for either the Steam or Android versions of the game!

There will be no fan table again this year, but we'll be running around the con so don't be afraid to say hi and give us a high five in the hallway. A LOT of the famous people at con will sign something for you if you pay them, but lucky for YOU we're NOT FAMOUS AT ALL! All you have to do is give us a marker. We will sign ANYTHING. I mean that. Artix and I signed a dude's neckback in 2011.

Quite a few people don't know what DRAGONCON is so we should probably cover that first.

Since 1987 people have been coming to Atlanta, Georgia (roughly 8 hours drive from The Secret Underground Lab) for DragonCon which has become one of the largest Sci-Fi, Fantasy conventions in the world. They say that they get about 40,000-45,000 people every year but it's closer to 65,000 or 70,000 and every year, it keeps growing. 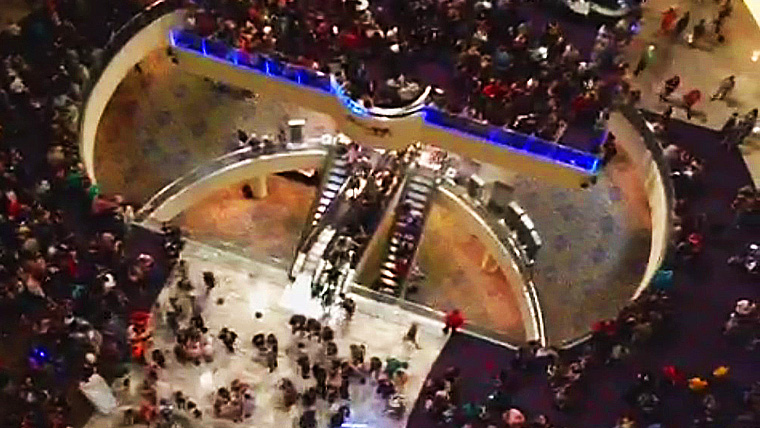 This is the floor of just ONE of the SEVEN hotels that make up DragonCon and this is just at midnight on opening night!

There is so much to see that it can actually short out your brain. it happened to me on my first year. When I got back my friends asked me how it was and I actually needed a few days to process all that I had seen and done, heard and tasted, battled and escaped from before I could talk to them about it.

There are panels about everything from making your own functional steampunk R2-D2, to meet-and-greets with some of the biggest names in TVs, Movies, Gaming and Books. There are thousands of people dressed up as their favorite characters, movie marathons, a sea of tables for table top games like Dungeons and Dragons, card games like Pokémon, Magic and Yu-Gi-Oh, board games like Risk, Settlers of Catan and King of Tokyo. There are several WAREHOUSE sized rooms stocked to the gills with Attack On Titan Jackets and titan skinsuits, Lightsabers, Steampunk Goggles, Nerdy T-shirts, Comic Books, Video Games, Card Games, Board Games and other types of game, Art and anything else you can imagine for sale. There are nightly raves, Firefly themed shindigs, vampire masquerade balls and a constant stream of Concerts featuring people like Voltaire, I Fight Dragons, and One-Eyed Doll... and, of course, our own Artix Entertainment Fan Panel. 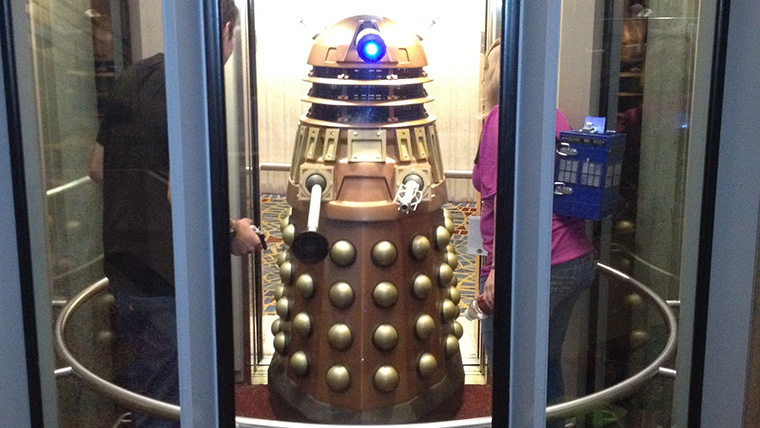 Sure, sometimes you have to share an elevator with a dalek, but we're all here for fun.

We are a small company with a small but loyal fan base who keep showing up no matter how awful the panel was the year before. In fact, they keep giving us bigger rooms and better time-slots every single year.

At the panel we get to meet and hang out with some of our biggest fans, we talk about what is coming up, have a question and answer session, and Artix usually shows some movies that he's made over the past year. In the past we've had some amazing panels including a fight between Artix, Chairman Platinum and Sepulchure himself fighting surrounded by screaming AE fans cheering Artix on. A few people even stepped in front of our friendly paladin to protect him from the DoomKnight. The people running the room were AMAZED by how excited our players got compared to the other panels on the Gaming and MMO tracks. We even have special guests! Voltaire has shown up and even played a few songs in a surprise concert for his AE fans before. 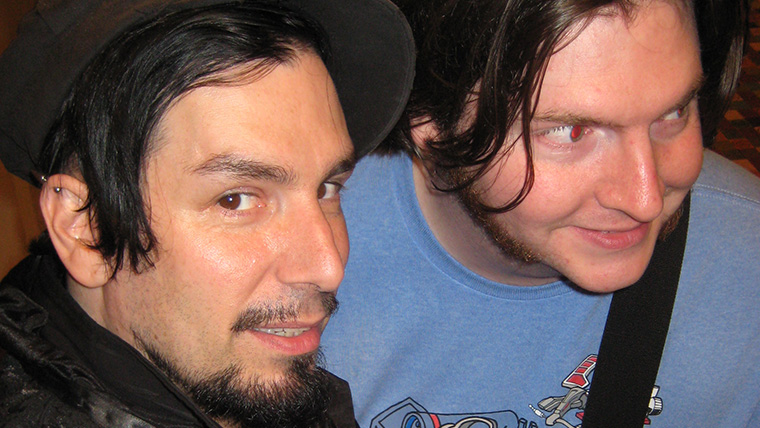 Voltaire and I posing for a few player photo requests.

And Oh yeah... can't forget about the Artix Panel Item! Every year we come up with some ideas for a special item for people who made the long trek out to visit us. It's traditionally been an AQW item but with so much AQ3D hype we might have a vote during the panel about AQW vs. AQ3D! 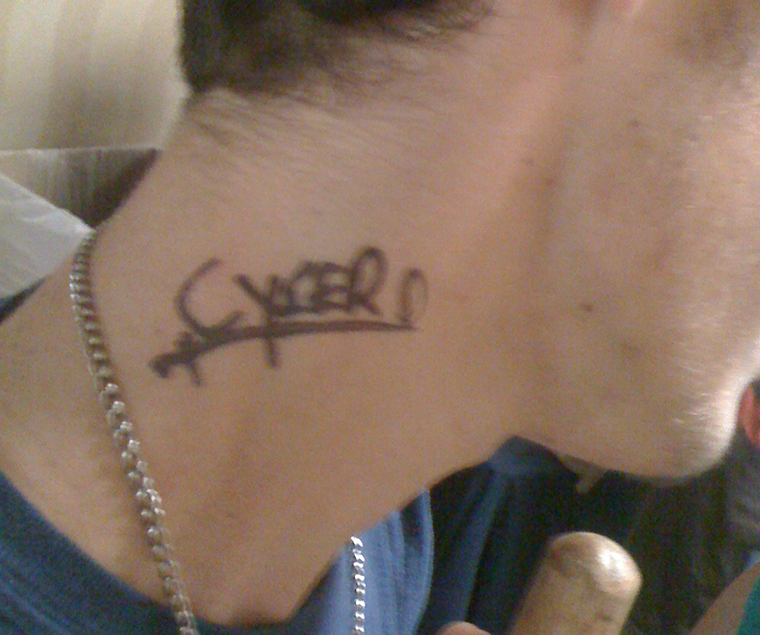 NOTE: WE DO NOT RUN DRAGONCON! AE has nothing to do with the set-up or funding of the convention. We just attend like everyone else. It's an institution in Atlanta and has been held there for the last quarter century so asking us to have it in YOUR hometown next year is impossible on every level. This is also the closest, biggest convention that we can get to. We would LOVE to come to the convention in your town or in your country but we simply can't afford to travel that far.

DragonCon starts NEXT WEEKEND and, as has become tradition, I am imparting my knowledge and experience to you all. This year I've decided to break it down into ESSENTIAL items for survival and another area for GOOD IDEA items! This is Cysero's Con Survival Guide '16! 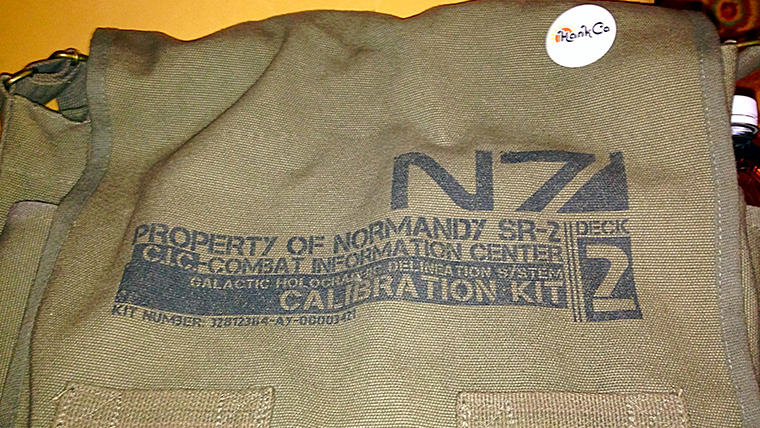 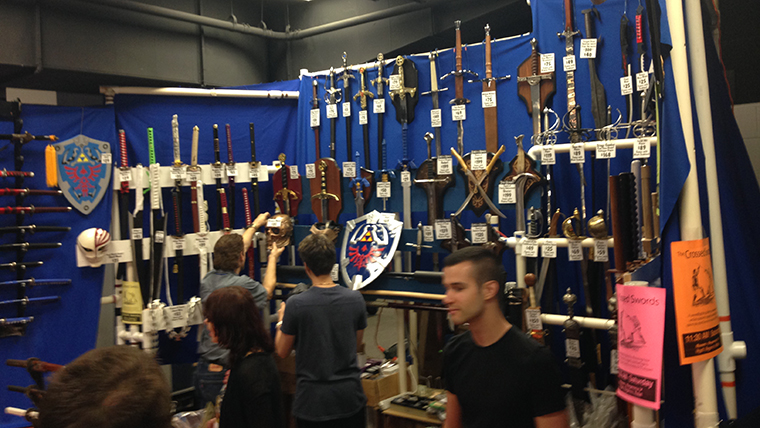 You never know what you'll run into at con. Be prepared. 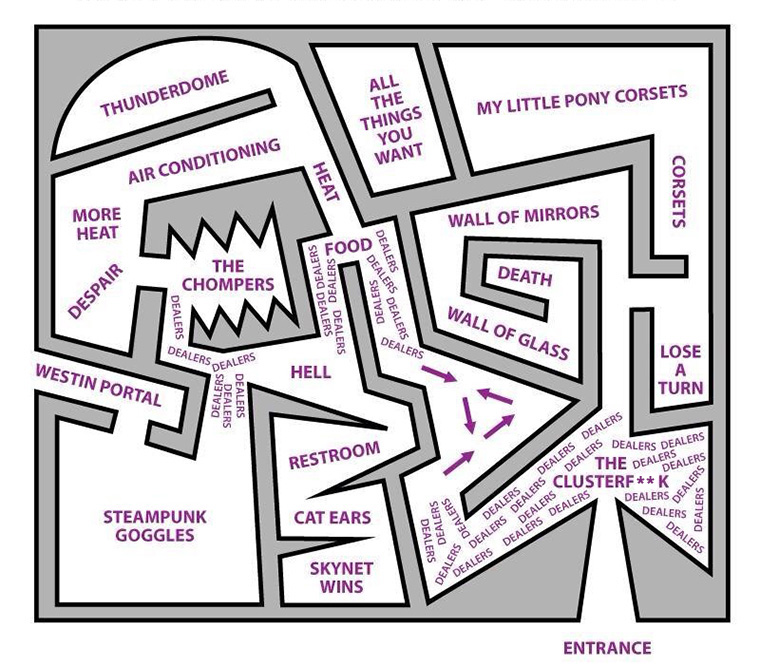 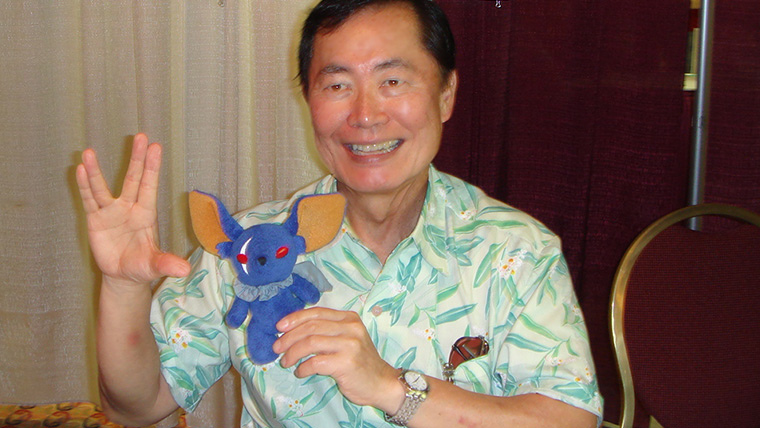 That should be, more or less, everything that you need to pack. Other options include: clean clothes, costumes, things you want autographed, video camera, your Battleon Battle Card deck (teach a stranger how to play!), a map of the con (some of us like getting lost), a pair of scissors (for a lock of Kevin Sorbo's hair while he's passed out in a fountain somewhere), a sketchbook (for ideas), a steampunk R2 unit, 8 channel programmable remote control, Sonic Screwdriver, or grappling hook... just cause.

You Guys Are Coming With Me!

It always seems that we have a TON of fans at our panel but they represent a tiny fraction of you guys and we really do which you could ALL be there. I'm going to try really hard to keep a contact stream of Twitter, Facebook and Vine spam coming your way so you can come with me and live DragonCon through my eyes (camera).

Artix, Dage, Stryche and I will be hopping in the car early on NEXT Thursday morning, so be packed and ready to ride to Atlanta with us!