This weekend: Dage vs Laken WAR

The war for the Legion’s leadership is ON! Laken, leader of the Seraphic Paladins,has issued the ultimate threat: he will use his army to take over Dage the Evil’s Undead Legion and replace it with his Blood Legion. Many suspect he is no longer sane, but more are flocking to his banner. 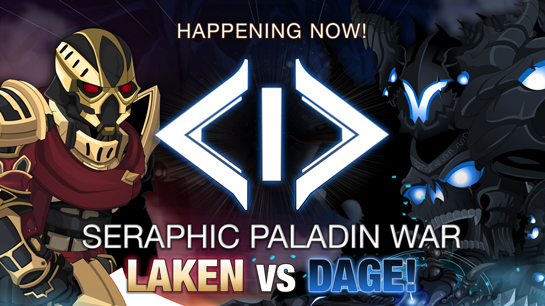 No matter who you side with, one thing is true: any Legion run by a broken, insane Laken will wreak havoc for everyone. We MUST stop Laken, for his sake and ours.

You have two choices before you:

The first side to reach 100% will determine the ending of the war for everyone!

This Friday, find the Seraphic SoulWeaver armor, the Undead Seraphic General armor*, Seraphic Chakram weapons, and an all-new Seraphic Warrior set from Laken in the Featured Gear Shop as we launch the finale of the Laken and Dage Saga! 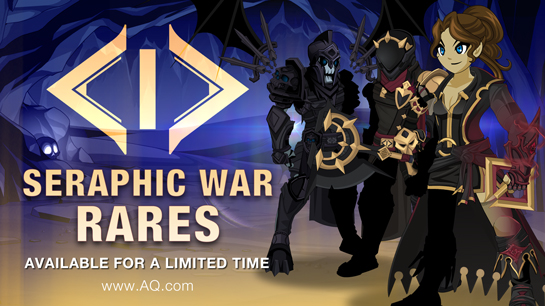 Completing the war quests will give you a chance to earn the pieces of the Blood Legion Warrior (Laken's side) or the Undead Seraphic Warrior (Dage's side) armor sets. Laken's personal armor will be available as a permanent farming reward after the war ends.

* The Undead Seraphic General's wings are built into the back of the armor and can only be obtained by getting the armor.