In the future... EVIL has taken over!

Dage the Evil’s all-new birthday event - Undead Legion 3017 - starts this Friday, March 3rd, as he faces his deadliest enemy… in the future! 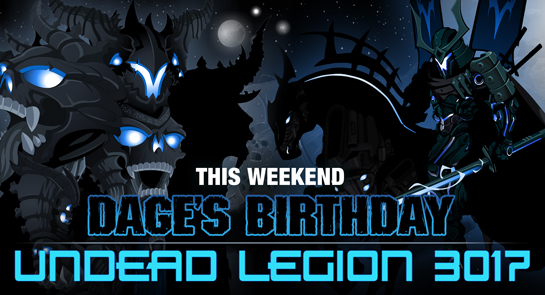 All the returning seasonal birthday event maps and gear arrive this Thursday, March 2nd! Get previews and discuss the event with your friends on its Facebook page!

Dage the Evil is being kinder than ever this year! (Hey, everyone gets to be nice on their birthday, right?) Starting this Friday, you'll be able to fill your inventories with a bounty of birthday gear! 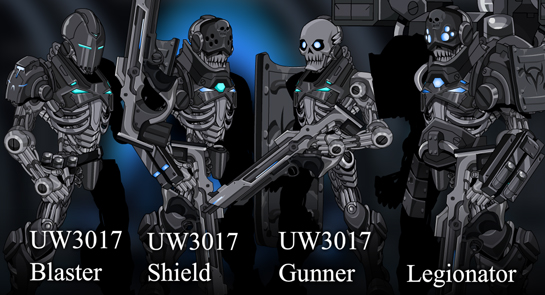 Rewards to Farm (or die!) for:

PS: All the farming rewards this week are 0AC... enjoy the free storage!
PPS: We will be reviewing feedback on the Paragon Pet quests over the course of this weekend. Based on player feedback, they may be rebalanced early next week.
PPPS: It's been a LONG time since we had a PS and a PPS (post-script and post-post-script in the DNs) 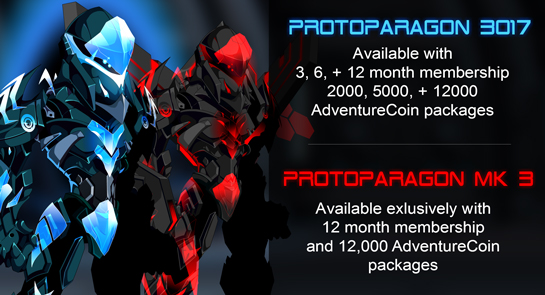