Battle the Guardian of the Underworld

Scorn, the vengeful spirit-Queen who once loved - and now loathes - Dage the Evil! She's infiltrated his underworld fortress and turned every minion she's encountered against him. And because you bear his sigil... that means they're also after YOU! 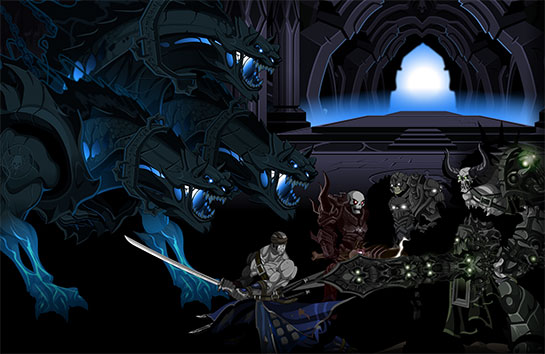 This week's release will weave the Fotia zone (last visited in 2013) into the current Dage vs Laken storyline, which means Dage and Laken fans will have at least one more Chapter to look forward to once Laken's current plot ends.

So prepare yourselves, Heroes - once you enter Dage's Dark Palace, you'll need to battle your way to his side; but because of Scorn's invasion, Underworld Security Protocol 333 has been invoked. You'll need to track down the items necessary to unlock the right path, then find it... before Grrrberus finds YOU!

Guardian of the Underworld Rewards

Dage the Evil has crafted a set to honor one of our most favorite and darkest beasts - the Shadow and Blood of Cerberus armor sets! 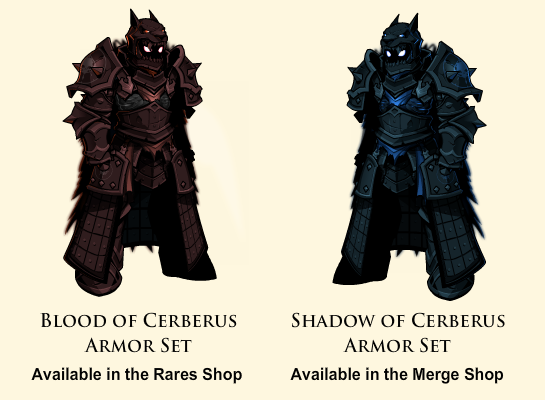 The Shadow of Cerberus gear will be available in several ways:

The Blood of Cerberus gear will be available in the Underworld AC Rares shop! Get the armors, helms, cape, and flail in your game menu until July 13th!