Who Is The Greater Evil?

The time has come.

Dage, once an apprentice of Nulgath, has marshaled his forces and begun his march against his former master. But who is the true master? Is Dage The Evil really as clever as he thinks he is? Has he truly used Nulgath's own contracts to gain power and escaped the consequences only to become an even greater evil than his former master? Maybe he is just an overconfident fool who will pay the ultimate price for lashing out against a patient teacher who was simply biding his time while his student became full of himself?

This war will decide the fate of both of these creatures of evil.

In this war, there are SIX total shops, and as the war progresses, all of the shops will gain more items. 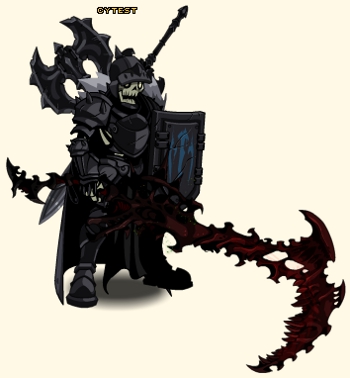 The AC RARES shop each have items for their own side. This week Nulgath has released less than Dage but a little but he has released a VERY expensive RARE Armor that is sure to go down in history.There are rumors that Dage is hard at work crafting an armor set or two to rival the Deathfiend of Nulgath but those are only rumors. 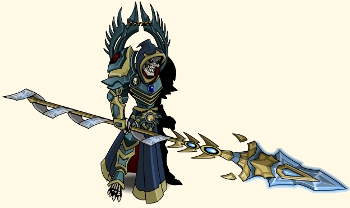 The Legion Token and Diamond Shops also contain special items for each side but these are ONLY for the devout followers of Dage, Nulgath or both. All of these items will also be going rare so, to make them a little easier to get the two evil masters have agreed to allow you to farm for Legion Tokens and Diamonds inside the war.

UPDATE: Due to an oversight and dramatic imbalance, the quests have been removed. If a more balanced solution is found, they may be re-added with some new requirements next week.

Members get special quests with larger pay-outs to help you farm for Legion Tokens or Diamonds more quickly. 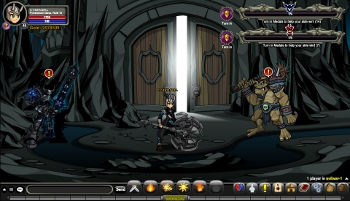 Finally, there are the War Merge Shops. These shops will NOT be going Rare, neither will the war so you will be able to earn the items in these shops whenever you like.

Right now Nulgath is working on the first of several animated shorts which I hope we will be able to put up here on this design notes post a little later tonight. If not, we will get it up as soon as we can.

We want to know who you are fighting for so here are some Twitter Links:

After a VERY long time we have finally been able to update the Magic Treasure Chests that drop from every monster in the game! In addition to the already amazing items that come out of the Treasure Chests we have three new sets coming as individual pieces.

First is The Mischief Set... 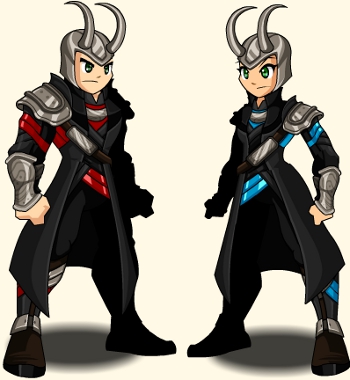 The colored bits are color custom so you can express your inner-trickster. We also have the Brave Golden Set... 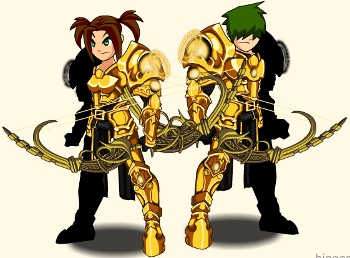 and finally is the Shadow of Death set, complete with helm and weapon! 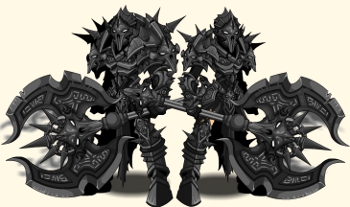 Remember that Members can go to Twilly for 2 FREE Treasure Chest Magic Keys per month, but if you run out you can always buy more from him.

Don't forget that if you are running low on AdventureCoins, you can also purchase more or complete the sponsored offers in AEXtras to get FREE ACs!

We also have the Golden Plate One Year Membership Promotion still going on. It appears that almost everyone who wants to take advantage of this offer, has already done it so it won't be around for too much longer. If you're waiting until the last minute... now is the time!