Winter-een-mas Is Coming To AQW!

You may have already seen on the AQ.COM homepage, or maybe you heard over Twitter but the popular web comic all about gaming is joining forces with AQW in a special event NEXT FRIDAY (Jan 28th). 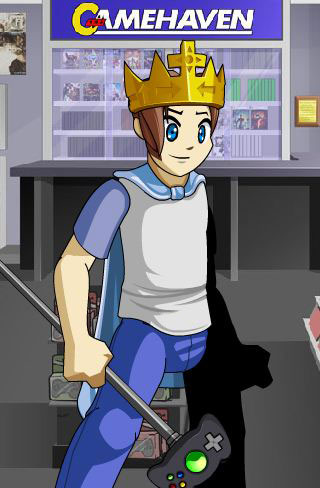 This Special Event was co-authored by Tim Buckley (Writer/Artist/Creator of CAD) and me, with voice acting by some of the BattleOn Games staff and original music from Warlic!

The last week of January is a very special time of year for CAD fans... it's Winter-een-mas, a holiday just for gamers! But this Winter-een-mas something has is not quite right (Well, ok... the whole holiday isn't quite right). The Winter-een-mas Crown has been stolen and Ethan, Lucas, Lilah and Zeke need your help to get it back!

There will be Winter-een-mas rare items pulled directly from the pages (web pages) of Ctrl + Alt + Del plus some stuff you've never seen before!

Where: In-game at www.AQ.com

Who: Ethan, Lucas, Lilah and Zeke from Ctrl + Alt + Del, the AE Team, you, and 22 Million of our closest friends

Why: To celebrate Winter-een-mas, score some uber Event Rare items, and play the FIRST special in-game event of the New Year!

For the fans of the comic, you'll get to adventure with the Ctrl + Alt + Del cast of characters. For people who hate the comic, you get to beat up at least one of the main characters. If you're just a fan of AQW then this will be another great AQW event with an Event Rare Shop which will vanish after the event and lots of items in the event itself (which will go MEMBER ONLY after the close of the event), and if you hate AQW... then why are you reading this?

Which is to say, this is an update regarding the inventory update which Artix talked about a little while ago. You see there where Artix says "We cannot make any promises yet -- but if things go as planned..."?

Well, things did not run according to plan.

Minimal and Zhoom HAVE been able to make some pretty vast improvememnts to the inventory system. Again, no promises but here's what we're working on now.

That's 400 total items plus unlimited AC storage (which will, in time, do all of those horrible things I mentioned earlier but it will take much MUCH longer). It's a pretty huge increase from the total 135 current spaces but still Artix is pretty broken up about not being able to provide you with infinite storage. It's a dream we were all shooting for. He wanted to do something nice for everyone to make up for not being able to make that impossible dream a reality. I suggested giving everyone 5 free inventory spaces.

Instead he has decided that we are going to give everyone (member and non-member alike) 10 FREE INVENTORY SPACES as soon as these inventory changes go live. It doesn't matter if you are a Founder or just started playing yesterday... if you have an AQW character then they are getting 10 FREE SPACES to store things in their backpack.

So... as of right now, we will be giving away 248,031,430 backpack inventory spaces, in total. See why storage space on our servers is an issue?

We will keep you posted on how testing is going and when to expect the inventory expansion and your free storate spots. Keep your fingers crossed for us.

Once more, deep beneath the floors of Battleon, Yara has uncovered the hidden path to a new deeper layer of the BattleUnder Dungeon! 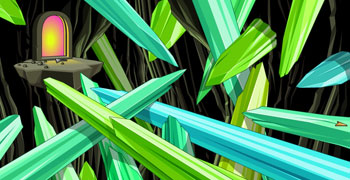 You will need to solve an interesting puzzle just to access this new area, but once there you will see some new interesting monsters and Yara will have brand new items to offer brave adventurers who can survive the depths!

We also have another Plaayer Suggestion Update with several new weapons and a new Armor, pulled directly from the pages of our Forums.