The battles and events won't stop once the 13 Lords of Chaos Saga ends... we'll be moving onto the next major saga and preparing for all-new releases and classes! Here's a first look at our "Coming Soon Class Lineup" - Legend-only BeastMaster, seasonal rare Naval Commander, and Evolved DragonSlayer! 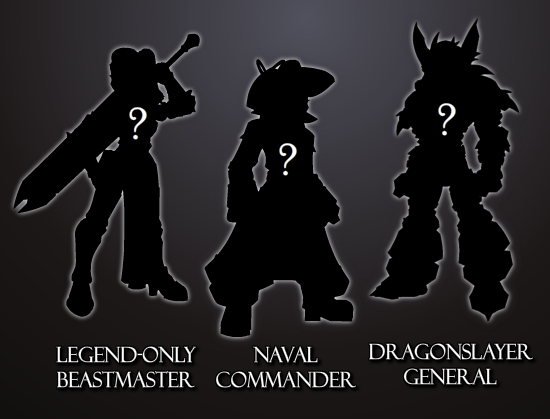 What else would YOU like to see us add to the "coming soon" classes list? We've got votes for Evo DragonLord, Lycan Class, ArchFiend class, and many more!