Last night, ChickenLord Lart split his forces up, sending the left flank off on an unknown mission he called "Project C.H.I.K." while the right flank stayed to fight us in Battleon... but they were a DISTRACTION! The super-smart ChickenLord had a fowl plan, and we played right into his hands. 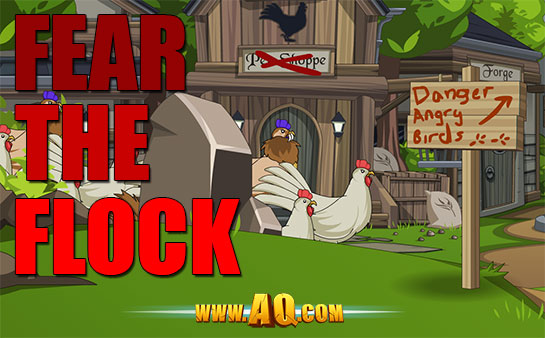 The heroes of Battleon have CRUSHED the forces ChickenLord Lart left in Battleon. EGG-ZACTLY like he wanted us to! O_O;

He sent out messages to all the servers this morning:

What this means for you and me and Battleon remains to be seen. But I would hold your shields up high -- chickens may not be able to fly, but ChickenLord Lart has SOME devious plot in mind!

The war will update soon... once the magical force he's talking about coalesces!

(The war boss is coming, and we better be prepared! Keep an eye on the Design Notes, when we release it later today!)