The God of the ChickenCows has landed!

This super-short, completely crazy war is OVER! Talk to Lart in Battleon to head straight to the war boss fight or watch the ending cutscene, "A Poultry Future"! Discover what comes next for Lart the ChickenLord and the chickens of Lore! 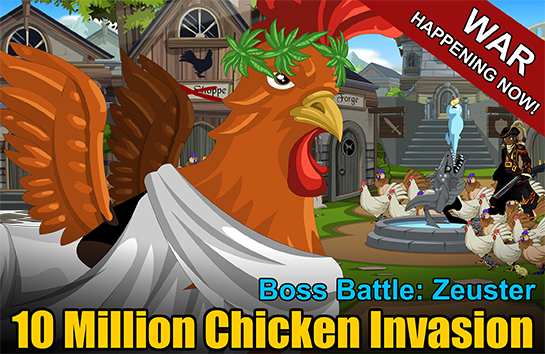 Take on the Zeuster Projection in /battleontown for a chance to get the Fowl Deathbringer Blade or the Chick Chick Duck (on your head) helm! 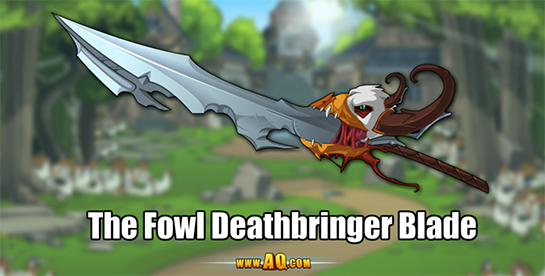 The Chicken War is a HIT!

This war is EGG-ZACTLY what the heroes of Battleon have been searching for! Lart the ChickenLord has been immortalized in a videogame* and WE got a crazy-hysterical war. EVERYBODY WINS!

The Chicken Invasion will be moved to its own, PERMANENT map this weekend**, and Battleon will revert to the normal, non-chickeny hometown you know and love.

* /cheers for Lart and his fantastic idea!
** There will be a few rare items from this war, but they will not leave for at least a week.