Heroes in Battleon hear a mysterious voice BOOM from the sky: "GO! Drive back the heroes of Battleon! Do not let them destroy the chickens. Prepare them for... MY ARRIVAL! " Then BAM! A concussion rocks the town! When the dust settles... CHICKENCOWS have arrived and the war meter is RESET?! O_O 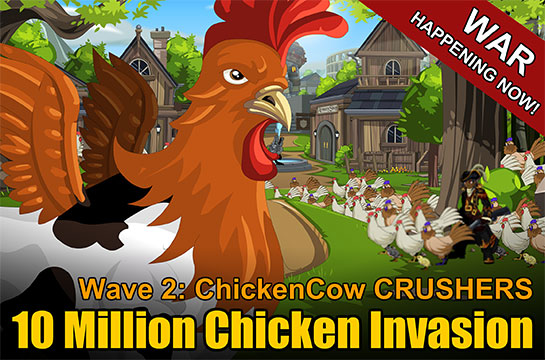 Wave 2 of the Chicken Invasion has begun! Take out the ChickenCows that have invaded to protect the chickens!