Chaos isn't just "purple evil," and Drakath wants to make sure you and everyone else in Lore know it! Chaos can hurt... or it can help; it can harm or it can heal. THAT is the true nature of Chaos... unpredictability. 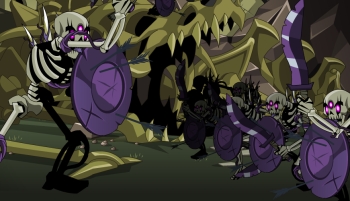 Attacks by Chaorrupted skeletons are NOT humerus.

You, Hero, have grown to used to set patterns, and it's time that changed! As Drakath's monsters spread across Lore, rumors are spreading that some Chaorrupted creatures are attacking, while OTHERS are defending. 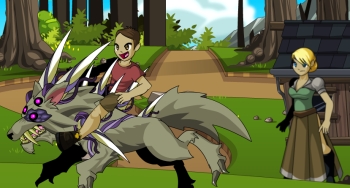 NOTHING bad happens to kids in red shirts riding wolves!

If you don't want to take a chance on wielding Chaorrupted weaponry, talk to King Alteon or Empress Gravelyn in the Chaoswar map to buy the Medallion of Order for 500 AdventureCoins! 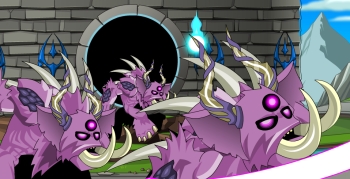 With the Medallion in your inventory, your war meter will raise twice as fast, because this magical medallion cuts the number of Chaorrupted creatures you need to kill by 50%!

Tomorrow: previews of the Golden Fury armor set which comes with the 12 Month Membership package!