Save the Celestial Realm

The three Celestial Avatars of Time, Death, and Life are missing. A portal to the Infernal Realm has been opened by Chamat, the Queen of Monsters’ talented Lieutenant. Infernal creatures are flooding into the Celestial Realm, and Aranx needs YOUR help to drive the dark beasts out and discover where the Avatars have gone -- if his world falls… Lore will be next! 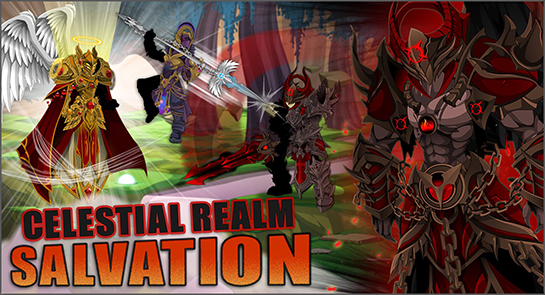 Join the War in the Celestial Realm

Starting tonight, /join celestialrealm and talk to Aranx to begin his quests to save the Celestial Realm! Once you've battled the first flood of infernal beasts and rescued the Avatars of Death, Life, and Spirit, the REAL war will begin! 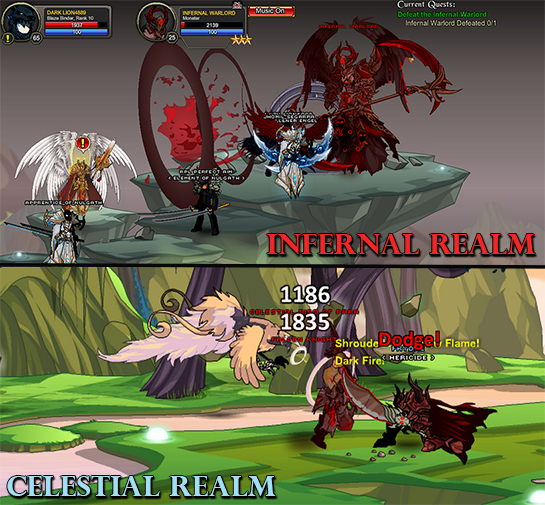 There are no certainties in war. There is a precipice on either side of you, Hero — a precipice of caution and a precipice of over-daring... but failure is not an option for Aranx, and if you fight to help him, he'll make it worth your while...

With the opportunity to purchase gear from the Celestial War Rares Shop, battle for boss drops, or to earn gear from his Celestial Realm merge shop! But that's not ALL Aranx has been up to!

This Sunday, Aranx-the-Artist levels up, and that means an in-game birthday shop! He's crafted some amazing gear for his once-a-year shop (including the galactically-gorgeous set you see in the image below!) If you love space-themed gear like I do, you are not going to want to miss the items in this shop! 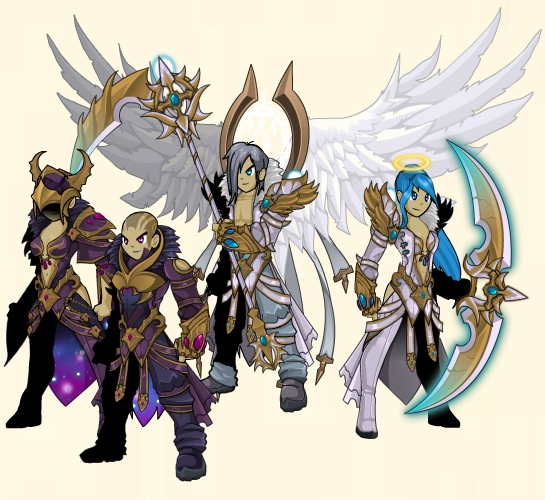