So much happening this weekend!

It's only Saturday and already this weekend has been CRAZY! Various members of the AQW team worked through most of the night on either repairing release bugs or preparing for MetroCon. Here's the run-down of what's happened since last night: 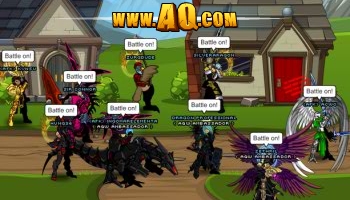 You are CORRECT! Going to MetroCon is NOT a bug... it is a BLAST! We had a great time hanging out with a room full of players. (And their friends, who maybe didn't really know so much about what we do when the panel began, and were confused by all of the men in armor...) 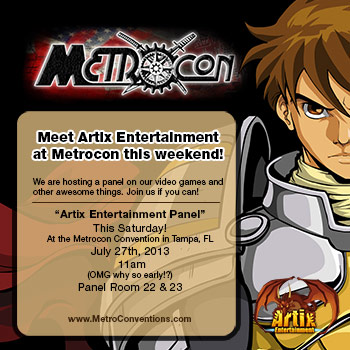 Where Heroes wear armor and everyone else wears... O_O?!

Candy was thrown, Dage the Evil was bested in 1-on-1 combat by Drew Drechsel, Ninja Warrior, and the entire room zombie-lurched in an all-cast Zomba Thriller dance! 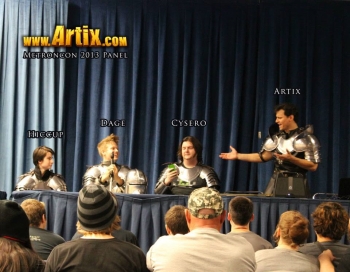 The panel is JUST ABOUT TO BEGIN!

The Release is JUST ABOUT TO CONTINUE!

Between illness, absence, internet explosions, broken-but-not-shattered windows, and an insane amount of things to release... we didn't get everything out to you last night. BUT! Here at AE, we know that the ONLY time you've never failed until you give up trying.

That's why we're finishing last night's release tonight! Expect the following in the next few hours:

The purpose of a Private Test Realm server for Guilds is to BREAK ALL THE GUILD CITY THINGS (!!!!) and you are doing a FANTASTIC job of that! Yorumi has a loooooong list of things to fix on Monday. Today, in between entertaining a pack of rabid pre-schoolers who tunneled their way into the Ice-Cave to poke at his sword, he's been working on a fix for the Legendary Hero badge. 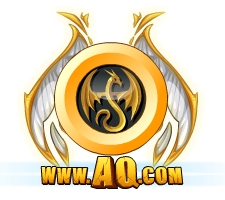 Earlier today, he fixed the issue, or so we thought... until we got reports that the shop OPENS, but no one can buy anything from it. Tonight he's been investigating how to make the Legendary Hero shop absolutely unexploitable while still functioning. He's breaking for the night to re-fuel his braincells and will resume fixing this seemingly-simple-but-actually-very-complex issue tomorrow.