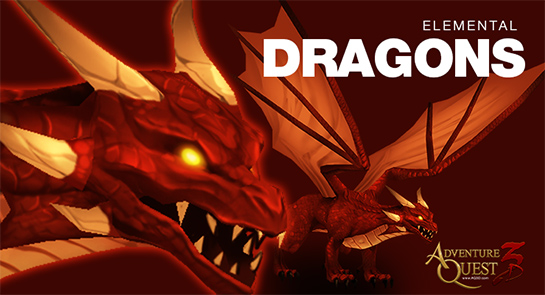 Long before humans, Dragons ruled our world. I could write a entire books on the vast breeds, personalities, and legends of the Dragons that roam our skies. But for those less patient, know that dragons play a vital role in our world's history and future. Of the many things a hero should know adventuring in a world full of dragons... the following is the most vital:

A baby dragon. It can be hard for the untrained eye to determine which kind of dragon a Drake will grow into. Depending on the breed, some Drakes will not start growing their arms nor legs until they reach 50 years of age. Warning! Never get in between a Mother Dragon and her baby Drake.

Not all dragons are intelligent... take the Beast Dragons for example. They are feral and savage. They cannot speak, nor cast magic spell. But do not underestimate one! Beast dragons have terrifyingly powerful breath weapons. They are greedy, territorial, and endlessly hungry. When you hear a lone dragon has been eating a famer's livestock, or travelers were attacked on a road, be suspect it is a beast dragon.

While all Dragons are bred with one of the elements that makes up our world, we refer to Elemental Dragons with greater respect. They are intelligent and can cast magic spells of their element. Like other intelligent species this means they can be both evil or good. These elemental Dragons can use their powers to control monsters that match their elemental type. Throughout our history we have seen several powerful Elemental Dragons raise armies and attack our towns. They are extremely hard to kill since only certain weapons can even hurt them. Thankfully, these Elemental Dragons are smart and tend avoid conflict unless provoked. Should you encounter one of these dragons... draw and weild your sharp wits before your sword.

Massive, impossibly powerful, god-like Dragons... they are also bigger than the largest Titans. The last Great Dragon we saw in our word was the Great Fire Dragon, Akriloth. Few survived through the tragic war he started to tell the tale of what actually happened. There has not been a single sighting of a great dragon since. Which means either they are all extinct... or really, really, really, well hidden away somewhere. Sleeping. Dreaming. Waiting. 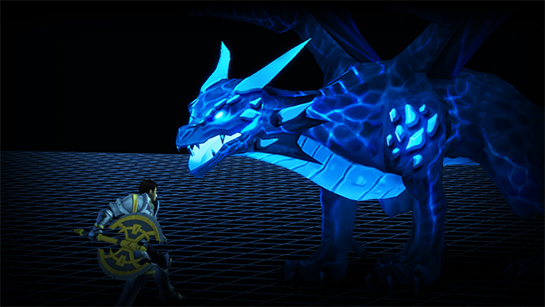 EXTRA: It should be noted that the egg of Akriloth's grandchild was reported to be discovered, but it never hatched. Museums from many towns are sending treasure hunters to try to secure it for their collection.

Energy Dragon (On Twitter I mistakenly called it a Frost Dragon, but "I saw the light"... well, the lightning breath.)

Today, as I write this to you, Dage is finishing painting the first of Xero's AdventureQuest 3D Dragon Models. Which is good news for all of you DragonSlayers out there... because it means we will see at least one Dragon go live with the BETA.