Getting To Know ArcAttack's Drummer!

]The ArcAttack Musical Event is coming THIS FRIDAY, along with an [b]Event Rare[/b] shop with lots of theme items, 5 voice acted cutscenes (voices of the band themselves!) and a member only backstage area after the event, (where, among other things, you can take a screenshot in ArcAttack's Faraday Cage!) 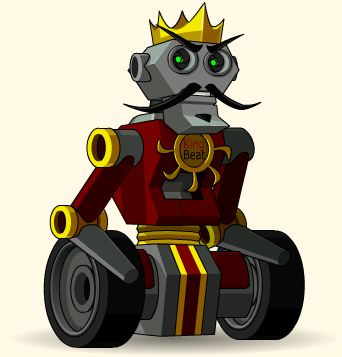 King Beat was actually a king! He was once ruler of a planet called "Battlerock" who
selects their leaders by having a battle of the bands competition every so often instead
of voting. He was eventually beaten, dethroned, scrapped, and ArcAttack pulled him from a garbage dump. They repaired him and King Beat is now the drummer for the band (the band's drummer has been a robot since they started the group).

Come back tomorrow for more info on the band and come back Friday for the ArcAttack Musical Event! Click HERE or click the poster above for more info on the event, the band and even some video clips of the band doing their thing! This special musical event is leading up to the DoomWood Finale coming up very soon, but this weekend's event is one that you're going to want attend.

The ArcAttack Musical Event is coming THIS FRIDAY, along with an Event Rare shop with lots of theme items, 5 voice acted cutscenes (voices of the band themselves!) and a member only backstage area after the event, (where, among other things, you can take a screenshot in ArcAttack's Faraday Cage!)

Yorumi has been hard at work on the new color picker that will continue to allow you to select colors from a grid as we have now but also allow you to change the picker into free-form mode and pick the color you want from a free-form spectrum.

As it is coded now, you will NOT be able to see or enter color values in either hex or RGB so when you pick a color that you like, be sure to remember around where it was!

With a little luck it should be ready to go this week. With a LOT of luck it MIGHT even come out today, but don't hold your breath.

DEADY TOYS ARE RUNNING OUT!

Faith (head of HeroMart) has asked me to warn you that we have got only 130 Deady Toys (we started with SEVERAL HUNDRED and they have gone so fast!) left in stock at HeroMart and we will NOT be getting any more as there wer eonly a limited number ever created. 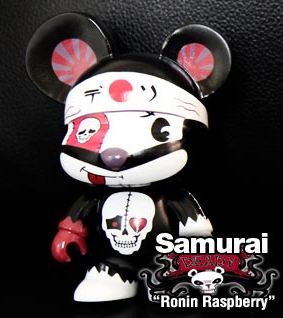 Each of the Deady Toys also comes with the exclusive non-member Samurai Deady pet as featured in our most recent Friday the 13th event with Voltaire! 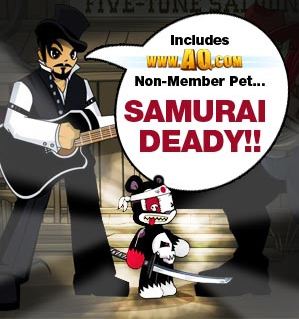 Each of these toys are collector's items and if you're a fan of Voltaire you really don't want to missl out on them!