Beast of the Legion Finale

This weekend, WAR is upon us! Dage has added the might of his Undead Legion to aid the Seven Circles' guards. As heroes of Lore, we MUST NOT allow the Beast to be freed, no matter what it takes. Fight through waves of enemies in the /sevencircleswar map. Show them no mercy, for they are not our allies anymore. 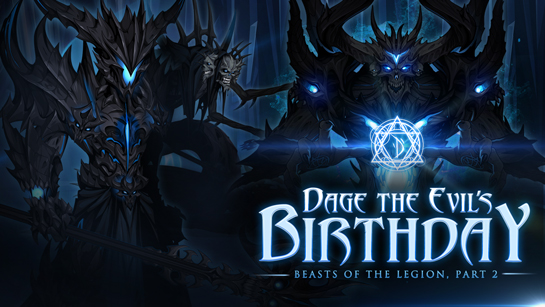 Long ago, the Beast, an undead creature of mass destruction, ravaged Lore until the Archfiend Nulgath sealed it away. Now those seals are breaking and the Beast seeks to wreak havoc on Lore once again. Last weekend, the heroes of Lore ventured into the Seven Circles of the Underworld to seek out Virgil, the Guide of the Underworld's most dangerous prison and prevent the Beast from escaping and becoming whole with it's other half, Dage the Evil. 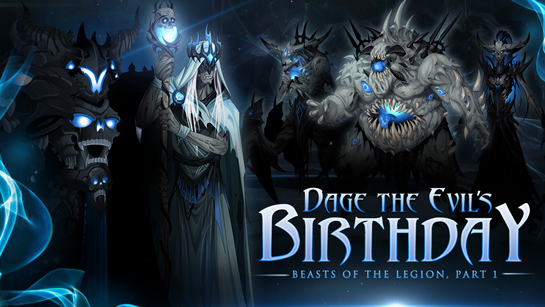 All month long, we'll be releasing new Legion and Underworld-themed reward farming sets for you to collect. This weekend's rewards: Legion Viking set from the war merge shop and the Legion Forge Spawn! Talk to Vulcar the Underworld Forge Master in the /underworld map to begin his quest. If you are level 65+ you can begin his create. Gather enough Soul Sand and he'll craft the Legion Bonfire for you to unlock even MORE gear. 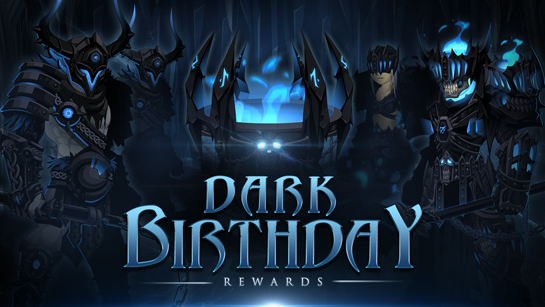 Fight through the /sevencircles map to create all of the pieces of the Underworld Nemesis armor set. Members of the Undead Legion: the Legion Warrior, Rogue, Healer, and Mage are available just for you in the Legion Token merge shop! 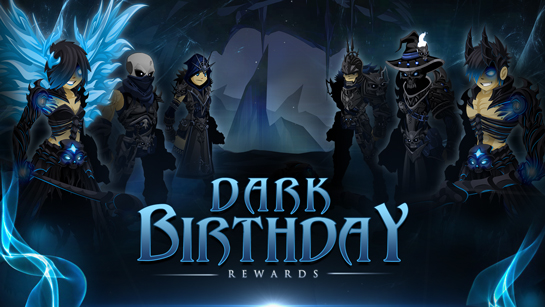 This weekend, all heroes can /join legionarena and battle the monsters there to collect the pieces of the Underworld Scourge armor set. 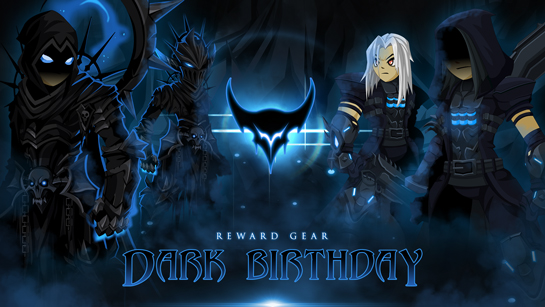 Who is Dage the Evil?

If you're just joining us, you might not know who Dage the Evil is. In-game, Dage the Evil is the leader of the Undead Legion, ruler of the Underworld, and the Dark Weaponsmith. Many years ago, in the real world, the artist behind the NPC started releasing more and more rewards for his birthday until it became an annual, fan-favorite holiday. But the zones for his one, true love... PVP... are availalbe all year long! 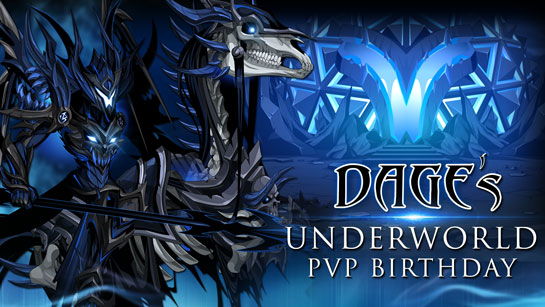 Battle through all of Dage the Evil's returning birthday zones, take on wicked bosses, and check out his seasonal birthday gear shop and event: new bosses, birthday rares shop and collection chest, farming gear, and more! 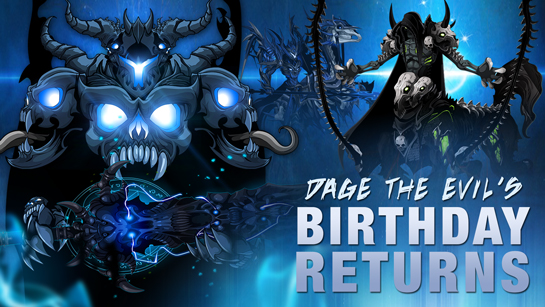