Journey to the Inn at the Edge of Time

This weekend in AdventureQuest Worlds, journey to the Inn at the Edge of Time. There are many like it -- spread across the multiple dimensions -- but this one is yours! Here we have the Arena of Time, where you can fight some of the strongest creatures in the multiverse! 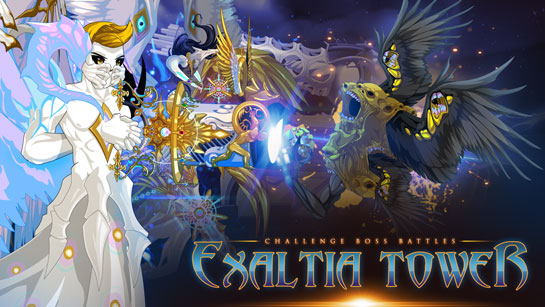 Tonight, grab your guildmates or a group of friends and battle through a gauntlet of monsters and ultra challenge bosses drawn from the DragonFable dimension's Exaltia Tower!

This weekend, /join timeinn and fight to defeat:

The Exaltia Merge Shop contains a number of items imported from the DragonFable timeline. As they passed through the timestream, our loremasters noted the appearance of some of these items had... shifted slightly, almost as if they gained an additional 3/4 perspective. Timestream shenigans! 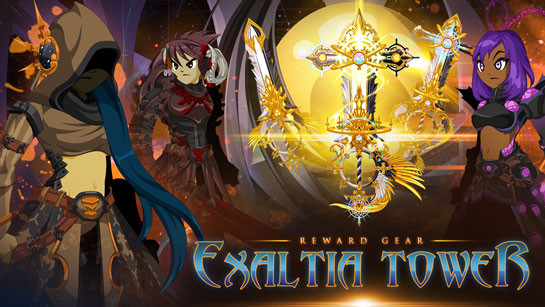 The merge shop contains armor sets and gear inspired by the Atealan storyline and classes from DragonFable:

Our challenge bosses can be defeated once per day for their boss insignia. Collect these to trade for enchanted legendary weapons and gear that cannot be obtained any other way, making them a unique way to show off your accomplishments in AQW!

Plus, complete the quest to create the Exalted Apotheosis blade to unlock an exclusive character page badge.

The Return of Challenge Bosses

Over the past week, our developers have made a significant update to the servers that have brought back old boss skills. You can read more about these changes here. This also means existing skills can be combined in new and exciting ways. Meet our newest challenge bosses from the Exaltia Tower in DragonFable! 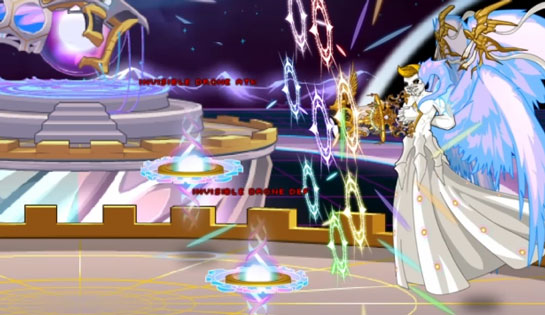 For each boss in this release, there will be “story” and “challenge” difficulty modes. For players who wish to experience the event and its lore, “story” versions of the bosses are straightforward fights with no special abilities. For those who wish for a challenge (and their exalted, exquisite, exclusive rewards!), you can pit yourselves against ultra versions of Ezrajal, The Warden, and The Engineer.

Going forward, we’d like to start things slowly, and introduce challenge bosses with skills throughout new releases. These special challenge bosses will follow a similar structure- these bosses are created with the intention to be fought by coordinated teams of 4 heroes. While their intended levels may vary, they pose a significant challenge at their respective levels.

The ultra Exaltia Tower bosses are endgame-level bosses intended to be fought with a full party of experienced players. These are NOT easy fights, and will have appropriately powerful rewards.

The first of the three challenge bosses is Ezrajal, a Celestial noble of the Tower of Exaltia. Ezrajal is a powerful ward of the Exaltia Tower who has the ability to lock your skills, reflect your attacks, and drain your health. 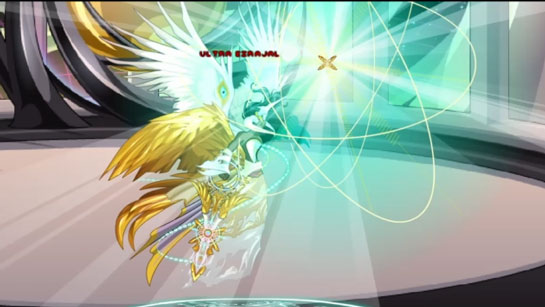 The Warden is the second of the challenge bosses, a creation of the Tower. The Warden is a powerful foe that can heal, petrify players, knock players down to 1hp, and will go berserk when its HP is low. 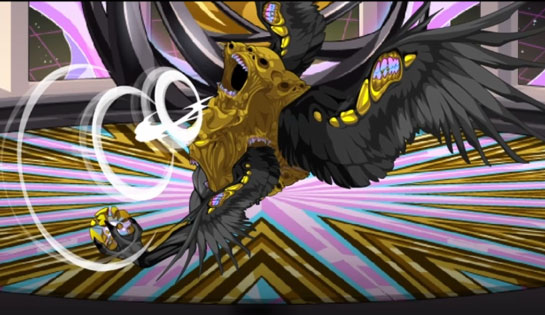 The Engineer is the third and final boss of this week, and the most difficult. The Engineer is accompanied by its two drones, an Offense Drone and a Defense Drone. The two drones shield their controller: the boss can only be damaged while BOTH drones are dead! In addition to that, the Offense Drone’s attacks cannot be avoided, but cannot crit, the Defense Drone has a damage reflection shield, and the Engineer will continuously attack all members of the party with unavoidable true damage, and will charge up a devastating attack once in a while. 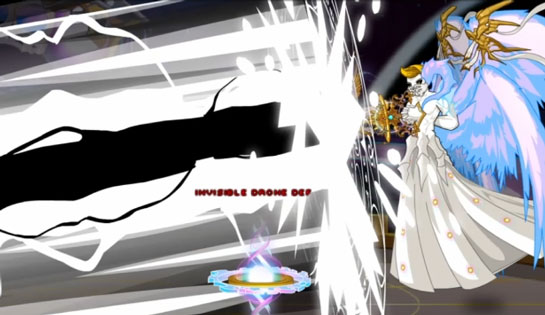 This week's game update released originally in DragonFable. DF is one of our most-loved games. With a rich story, incredible art, and the ability to TRAIN YOUR OWN DRAGON (!!!), this is one of my personal favorites out of all of the games I've ever played. (All biases aside.) 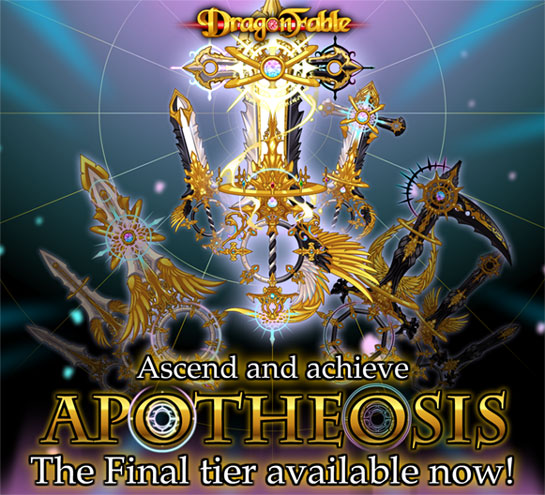 If you haven't gotten a chance to try it out, make your DragonFable hero now, and begin an all-new adventure!

It's TIME for Bido's Birthday Bash! 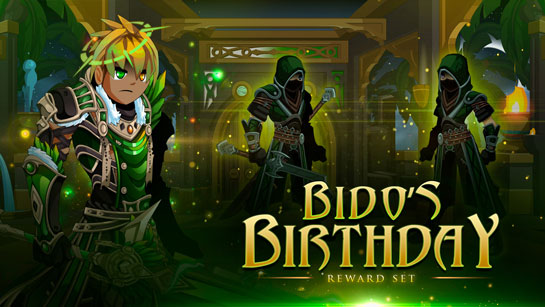 /join djinnguard to find Bido and his merge shop with the Toxic Wanderer set this weekend.

For all you heroes hoping to redeem your IoDA for an unavailable daily login gift item... we'll soon be adding those into the IoDA pool. A full list of items will be added to the Design Notes once the adjustments have been made.