Last week, you traveled with Valencia back to her childhood home to celebrate Frostval. But when her cousin vanished, she needed your help to find her... and fast! This weekend - With Trissa's life on the line - your adventure continues! Starting tonight, our Frostval 2021 Wilde Hunt WAR is on! 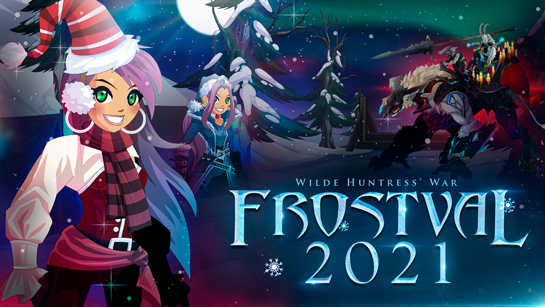 While Valencia sneaks into the feasting hall to uncover the mystery behind Huntress Valais, an ice-cold onslaught of monsters is ahead of you.  Your victory, and Valencia's discovery, are the key to seeing Frostval morning's rising sun.

This week, we have several updates for you as we race towards Frostval Eve:

We've got more reward gear than Xanta Claws, and it's all yours this weekend... you'll just have to fight for it! If you've already completed the first part of our Frostval adventure in /mountotzi, you can head straight to the new event in /otziwar. 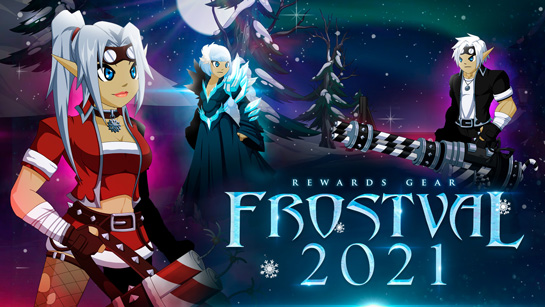 How wars work in AQWorlds:

If this is your first time participating in an in-game war event, read on!