Chaos Infects Swordhaven... Inside AND Out!

Hurry to Swordhaven tonight to take on Chaos and save Swordhaven! Someone is making sure that NO ONE in King Alteon's fair city can ignore the peril they are in. As Chaorrupted creatures begin to invade, you are needed to defend the city and locate the source of the Chaorruption! 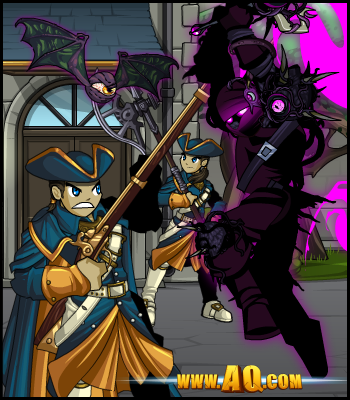 Save Swordhaven for King Alteon!

Chaos cannot destroy ALL that is Good, because something VERY special is about to happen for Princess Brittany, Alteon's heir. Play through tonight's release to see just how far Alteon has fallen, and where Brittany's future lies.

As the AE team rides into Dragon*Con tomorrow, YOU can ride into battle against Chaos this Friday atop a Raptor or a Yokai Battle-dragon! Talk to Quibble in Battleon to get your own Raptor Rider or DragonKhan Rider armor sets! 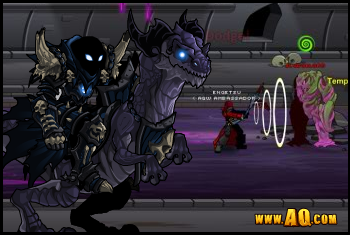 RAWR! No Chaos can stand against THIS!

In the LAST update to Quibble's Swordhaven shop, you'll find:

Tomorrow is the LAST Day for NightStalker!

Have You Found A Treasure Chest Yet?! Mysterious Treasure Chests have been showing up all around Lore lately. These chests have a less than 1% chance of dropping from ANY monster in the entire game. Each one contains one of over 125 epic items that you can't get anywhere else, including the new NightStalker set... and this weekend is the LAST chance to get it! 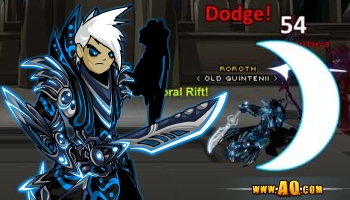 Each time you turn in a Treasure Chest Key to Twilly in Battleon, you'll have a chance to get one of the pieces of the NightStalker set or 1 random item from the rest of the Treasure Chest loot!

More Gear and Battles to Unlock!

There is a NEW armor in the Wheel of Doom: the Dark Dragon Morph armor! AND the level cap has been raised to 55! Happy battling!

I am heading off to explore Con! YOU enjoy the release... and the new Dark Dragon Morph armor in the Wheel of Doom!