Join the Nation as an Abyssal Angel!

First Nulgath Class in 3 years, get ahold of Abyssal Angel! This Class is GOING RARE so don’t miss this Class and support the Nation! 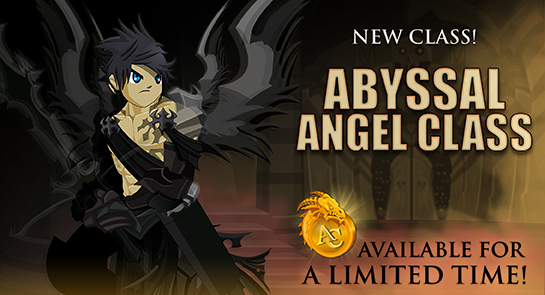 How to get this Class:

Heya guys, it’s Sync. I like to thank Arklen (get used to this) for making my dream come true. Make a Class for the Nation! This Class was the largest production Class I made and took a lot of time, now I would to share my dream with you all. Abyssal Angel is a SpellBreaker, excelling fighting more opponents, using Arrows Nulgath Forged himself, and trained by the great Revontheus to spawn crystal weaponry! Bow and Arrow is your weapon of choice, now soar the skies as an Abyssal Angel!

Mana Regeneration: Abyssal Angel’s Mana Regen is like all other Rogues, gaining mana when they dodge. (Also restores HP as well) This grants the TRUE SpellBreaker feel, being an Evasive Caster. High amount of Wisdom and Evasion will lead you to great success.

Stats: This Class is a SpellBreaker, Wisdom sources the most out of the Class, giving it Higher Hit Chance, Crit Chance, and Evasion within the Class. Intellect helps a lot too giving it raw power to your skills, auto attacks, and your DoT.

Fires a long range bolt infused with Void Energy dealing Moderate Damage hitting up to 3 targets enhanced by your Spell Power. Each bolt exposes their deepest sins, dealing a Minor DoT for 3 seconds. Stacks to 6.

This isn’t your normal auto attack, in fact, this is your main damaging skill. Enhanced by your SpellPower, your Autos will do a constant Magic damage influenced by Intellect. The added DoT is for more DPS while you’re going through your rotation of skills. 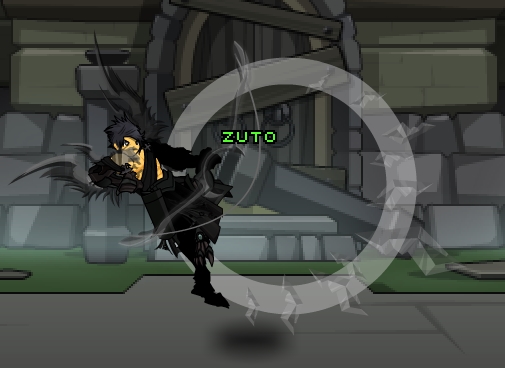 Spreads it's wings and takes flight. Applies Vantage Point, increasing Hit Chance and Dodge by 15% for 6 seconds. Also allows you to focus all your fire on one target, empowering your arrows increasing your overall DoT Damage by 50% for the duration as well.

This skill decides whether you want to continue a barrage of damage, or focus all your damage and attention to one target. While giving you some nice stats, you’re able to 1 up your target with nimble movements while also empowering your arrows for extra damage. 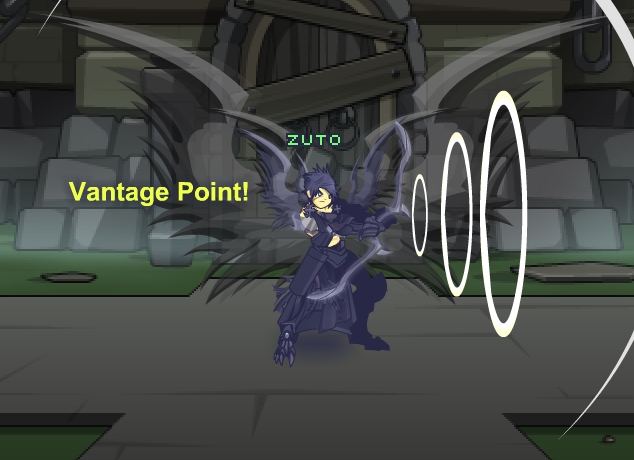 If Vantage Point is in play, sends shadow images striking up to 4 targets for Moderately Strong Damage. Applies Aghast, stunning the opponents for 3 seconds. If Vantage Point is not in play, applies Catalyst, siphoning their Haste, lowering it by 20% while doubling your Haste for 8 seconds.

This is by far my favorite skill on the Class. This is what makes or breaks and give the Class a lot of variety. You can either do an AoE stun to hinder your opponents movements and to reset your position of fire, or you can siphon their haste, slowing them down while you max yours for a constant DPS of damage. Not just damage, your other sustain and buffing skills to maximize your playability. 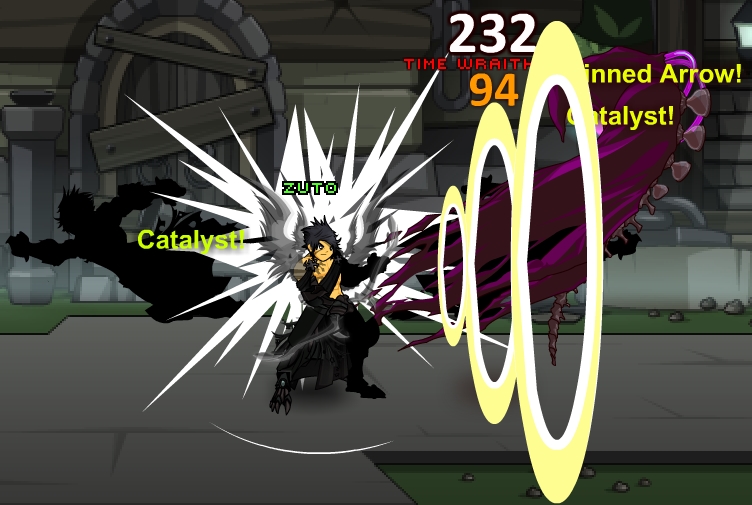 Suppresses your inner Void Energy to temporarily put you in a stasis granting you a High HoT and dramatically Doubling your Endurance for 10 seconds. However, your auto attack can’t apply Sinned Arrow for the duration.

This is your sustain skill on the Class. Not only giving you a solid heal, it also DOUBLES your Endurance for the duration. Meaning it officially doubles your HP for short time which can be huge in certain situations. However, you lose the ability to cast Sinned Arrow from your autos for the duration, only the DoT part, thus losing a good chunk of DPS for god-tier sustain. 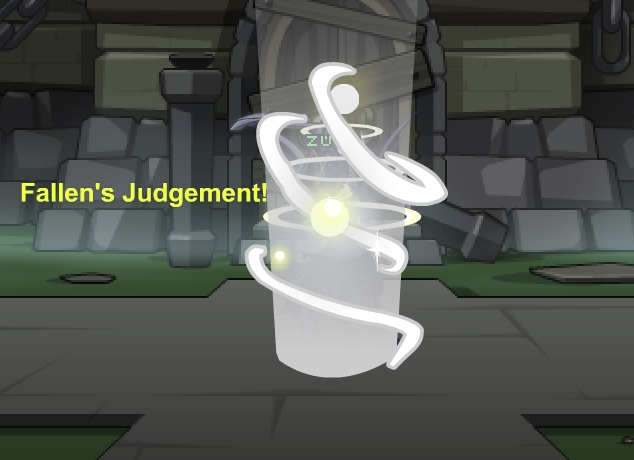 Increases DoT Damage by 12% & Increases Wisdom and Dodge by 18%

The DoT increase helps overall with the Class to keep it’ DPS steady, you will really see this shine when paired up with Flight. Increasing your Dodge and Wisdom gives the Class the overall SpellBreaker feel, making it fairly hard to hit while you’re being consistent with your arrows dealing damage from afar.

Spawns Crystals from the void on your wings to increase 25% Damage Resistance for 8 seconds. Also applies Clean Cut, increasing your Crit Chance by 25% for 6 seconds.

Bring out the inner Revontheus I say, this gives you a sturdy Damage Resistance, giving you a bit of a tanky side while increasing your Crit Chance to better your DPS. The Mana cost is quite hefty so use this when needed or you’ll drain your mana down quite fast. 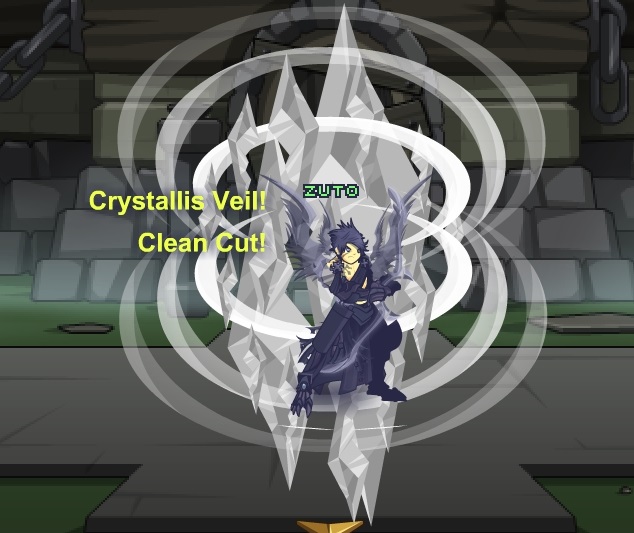 Increases Hit Chance by 10% and Critical Strike Damage by 15%

To get the max abilities from the Class, you MUST get it to rank 10. Increasing your overall Hit Chance gives you the consistency while you kite your opponents. The overall Crit Damage buff compliments your Wisdom and your Crit Stat from Crystallis Veil, increasing your Crits further in damage.

I recommend SpellBreaker and Wizard enchants for this Class. This Class is truly a SpellBreaker guys so the more Wisdom allows you to increase your Secondary Stats (Hit, Haste,Crit, Evasion) by at on to be nimble but effect while your arrows do the damage. You can go Wizard to maximize your Damage but you sacrifice a lot of your utility within the Class.

SpellBreaker: Wisdom sources the most to the Class and SpellBreaker enchant gives the most than any other enchant. Granting you Hit Chance, Evasion, and Crit Chance basically making you an Evasive Caster which is what the Class is built for.

Wizard: Intellect gives the Class raw power to drastically increase your Damage, HoT, and Damage over Time. However it trades off for tons of utility making you easier to hit, and you can miss more often as well as crit less.Take that into consideration.

In conclusion, this Class is a very nimble Caster. From kiting your foes in PvP, all the way to sustaining against multiple strong monsters as you farm, this Class can do it all. With multiple ways and combos to improve and adjust to your playstyle, you can never get enough of Abyssal Angel. Use Vantage Point if you’re going against someone one on one to make harder to hit while making you more consistent while your DoT intensifies. Aphotic Overdrive can drastically change a fight in seconds, literally doubling your DPS while lowering theirs is something huge in all aspects of the game. You can also stun your targets to give you a bit of breathing room in between rotations.

Fallen’s Judgement allows you to trade damage for sustain, making you basically a raid boss for a short amount of time. Crystallis Veil is an optional skill to improve your weak spot at the cost of a good amount of mana for a short period of time, use this at perfect times to lower your opponent's burst while increasing yours to triumph in fights with ease.

This was my dream to release a Nulgath Class ever since I started making Classes. Please Contact me on Twitter, I want to know your thoughts on the Class. https://twitter.com/Sync_AE. :)

Because so many players have asked us to go back and buff older classes, we decided to revisit one of Artix Entertainment's most iconic classes: Paladin!

The class art, skill icons, and animations haven't been changed in order to preserve the original creator's classic vision of how the class ought to be represented, but we did add (and remove) a few effects from the skills.

The first thing that we changed was the mana regen model; instead of needing Zeal applied to recover mana, you'll recover mana whenever you deal and receive damage. Zeal was instead replaced with an effect called Abolish, which decreases incoming damage by 5% and stacks up to 10 times. Healing Word now heals 3 people, which adds extra utility to Paladin in large boss fights, and Blinding Light now decreases enemy hit chance by 50% for extra mitigation.

And to top off the list of changes, Exorcise had its damage significantly increased and can now hit up to three additional targets. For fans of the original Paladin class, we'll be releasing an additional class with the original skills-- and we may have another surprise involving Paladin class in the future. Keep checking the design notes for more updates!