The Year of the Flaming ChickenCow is almost here!

Hey, party people! Did you know it’s the year of the Rooster... AND Fire... AND the color red? We did! And that means only one thing in Lore -- fiery hot ChickenCows! Cysero's got this MAD idea that Zeuster, god of the Chickencows, can be summoned through the power of electronic dance music. (We do not THINK he means the funky chicken dance... maybe) 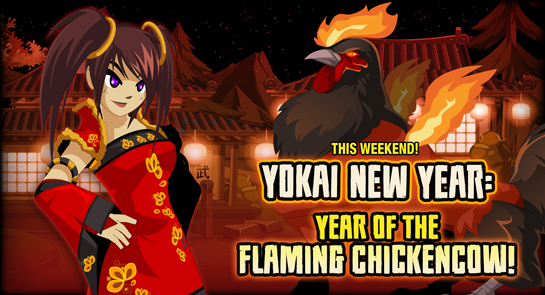 Log in this weekend to celebrate the Year of the Flaming ChickenCow with Ai no Miko in Akiba as we ring in the Yokai New Year (and Chinese New Year!*) with an all-new, red-hot, fiery boss monster, new quests, wicked-hot gear, and all our returning seasonal events!

Do not get cocky, heroes. You're going to have to fight if you want the gear pictured below, but once you do unlock the rewards, victory will tasty mighty sweet! 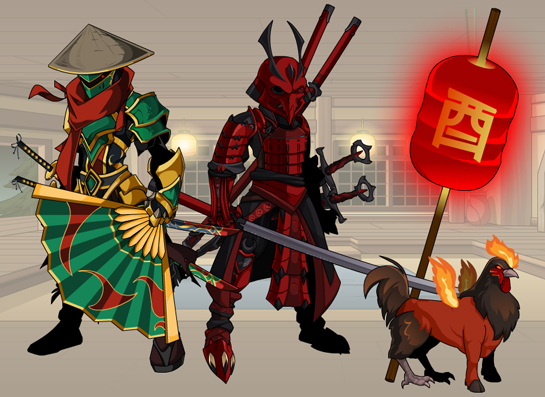 The Spicy Samurai and Flaming Chickencow pet will drop from this weekend's boss monster. Then, talk to Ai no Miko after completing all of Cysero's quests to unlock a special quest for all the pieces of the Zhànshì Gong Ji armor set on the left!

One of our newer, but crazy awesome, artists is Axeros and he has a birthday in January! Rather than putting his gear in the monthly rares shop, instead we've added his Sullied Blademaster gear to the PVP Trophy shop in your game menu. These items will never leave, and can only be gotten by battling other heroes in PVP. Happy birthday, Axeros! 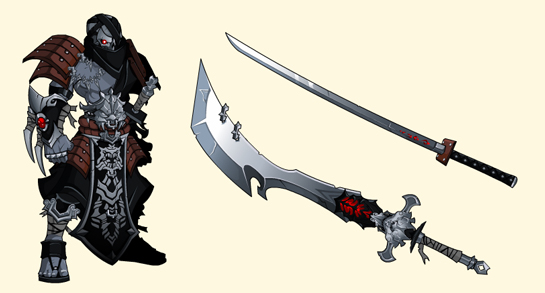 Nothing lasts forever, and we've got some really sweet gear leaving VERY soon!