During its New Year celebration Yokai's guardian spirits appear in Akiba, bringing with them a ton of seasonal gear and new adventures for Lore's heroes to explore. This year, the ancestral spirit Senlin-Ma has come to Akiba. An ancient being that takes the form of a horselike Kirin, Senlin-Ma has a ton of new quests which will send you into a brand new, unexplored part of Akiba: Jingshen Forest. 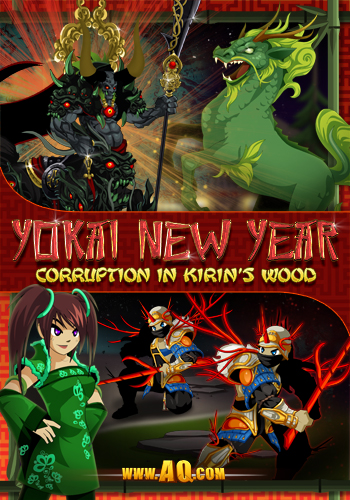 Friendlier than he looks.

If you've never heard of Jingshen Forest, that's because it's usually kept hidden - only Yokai's forest spirits are able to see or enter it. But now, those nature spirits have become tainted somehow and Senlin-Ma, needing the help of a hero to find the source of the corruption and eradicate it, has opened the forest to any who can prove they are worthy.

Tonight's Yokai New Year release freatures medium-level content that should be easy for most players to complete. Most of our releases are like this because we want all of our players, even the new ones, to be able to enjoy our weekly content. But we also know that this can be frustrating for higher-level players who are tired of being able to one-shot all of the new monsters. 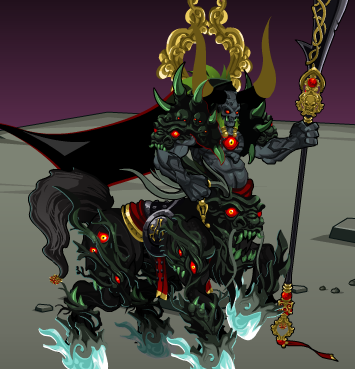 So on Tuesday, we're going to release an expansion to this story. If you are level 50 or higher, you'll be able to unlock some new quests, along with a new part of the map populated with high level monsters! This seemed like the best way to give our high level players more to do while still remaining accessible to the newer ones.

Of course, along with Yokai New Year comes a slew of exciting new gear, including sets by Nulgath and Dage! These, along with some returning seasonal items, will be available in game from Senlin-Ma and Panlong. 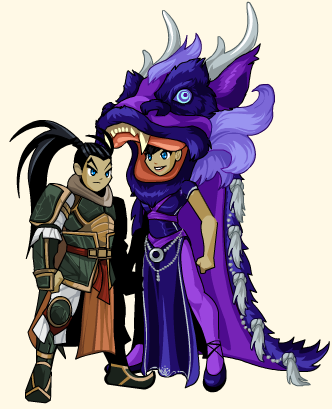 If Yokai New Year wasn't enough reason to celebrate, prepare to /cheer, because the party never stops in Lore! Log in this weekend to see all of Roroth's birthday gear in the Game Menu! 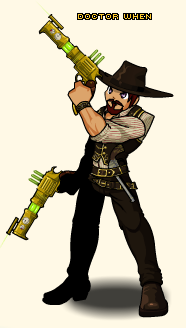 Then head into battle, take on a challenge boss (or 3), and complete quests throughout the game to get more EXP, Rep, Class Points, and Gld because all weekend long, we've got an all-server, all-boost bonus going on! Get 15% more from all your battles and quests on Legend servers and 10% more on all other servers!