Join Him in Our Newest Friday the 13th Event

Friday the 13th and Aurelio Voltaire go together like undead invasions and Paladins. So of course, this Friday our always-positive, family-friendly game team and community want to welcome Aurelio Voltaire back for another musical event! With songs from his new album- “Heart-Shaped Wound,” he'll join you as you battle to escape the Vampire Lord's castle in our newest 3-part holiday event: the Blood Moon Rising! 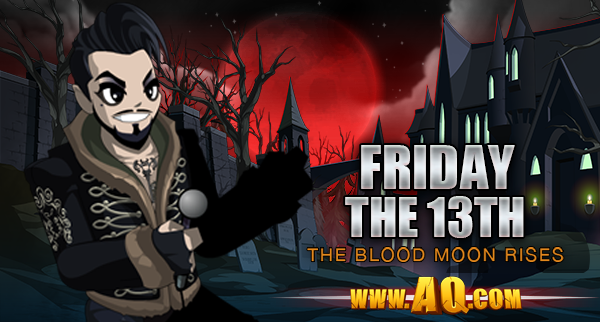 I have been playing Aurelio Voltaire's album on a near-constant loop as the team prepared for this weekend's Friday the 13th: Blood Moon Rising event. As you battle through the event, you'll hear 3 of the tracks from the album: 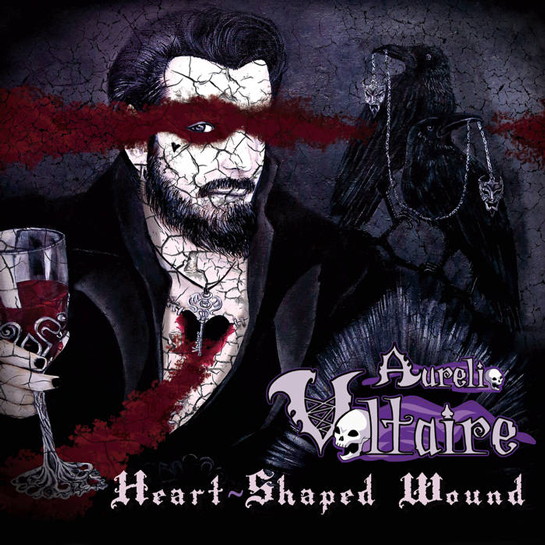 Get the album and much more on Aurelio Voltaire’s official website!

Who is Aurelio Voltaire?

Aurelio Voltaire is legitmately one of the most creative people I know. He is the maker of music, films, books, comics, toys and... mayhem. He first appeared in AdventureQuest Worlds back in 2009, during our first-ever in-game Friday the 13th UNLIVE event! Since then, he's appeared in all 15 of our Friday the 13th events... and tomorrow's will make his 16th!

His work has been featured on TV in the Grim Adventures of Billy and Mandy, he's released 13 albums (including the AQWorlds tongue-in-cheek "all-audiences" appropriate Spooky Songs for Creepy Kids.), won BEST ANIMATION at the Famous Monsters of Filmland Imagi-Movies film festival, he's the creator of the Goth HomeMaking youtube series and many, many more. You should read the full story on the Voltaire Wikipedia Page!