A look at the TLaPDs of Yesteryears

September 19th 2009, the day landlubbers of Lore become Heroes of the Seven Seas! Enter the 1st Talk Like a Pirate Day. With a grand Pirate vs. Ninja War and an unforgettable Quibble loot chest, this tradition of pirate talking and swashbuckling was cemented in AQW!

International Talk Like a Pirate Day (ITLAPD, September 19) is a parodic holiday created in 1995 by John Baur (Ol' Chumbucket) and Mark Summers (Cap'n Slappy), of Albany, Oregon, U.S., who proclaimed September 19 each year as the day when everyone in the world should talk like a pirate. Somehow around 2002, thanks to Dave Barry (a syndicated columnist) their made up holiday became a national phenomenon. Personally I blame AQW for its international success, but that’s just me.

AQW has a history of releasing incredible Naval Commanders to commentate TLaPD since '09. For months leading up to September 19th our forums are abuzz with guesses and suggestions of what this year's design may be. There’s an extensive set of Commanders below, but still a million possibilities for the future!

Thanks be to the AQW Wiki for making this list possible!

So many Commanders, yet no crew!

If yar just can't wait till the 19th to embrace a parrot on your shoulder, look no further than last year's Deep Terror TLaPD event in /join Piratewar! Naval Commanders clash in a seabattle against the Pirates... and they aren’t content to keep the battle above water! Defeat the Dread Fleet, or face death from an Aquamancer below.The rare shop may be gone, but beat the boss or any Naval Commander monster for doubloon worthy drops! 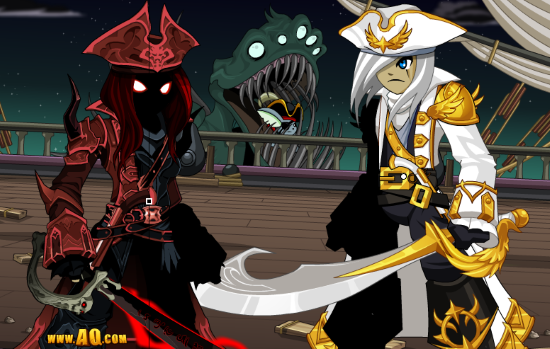 Everything Okay there Quibble?

Scourge of the Fiery Seas

I know it be called Throwback Thursday, but there be a major storm a brewin’ on Lore’s horizon! I hear whispers on the wind of a new threat to AQW’s TLaPD festivities. Seems an old harebringer has escaped Davy Jones locker, ready to wreak havoc with a weapon that feeds on the destructive forces of mana itself! Heros get ready to hunt the mysterious, the nefarious...BLAZEBEARD! 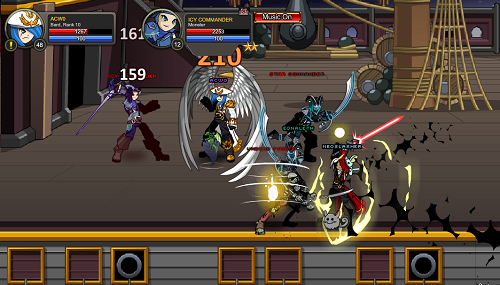 Wherever Blazebeard strikes, Heroes will be Ready!

Always fantastic to get another Throwback Thursday up! I've been so swamped with designing Brightoak Grove that AQW’s rich history took an undeserved backseat. Tomorrow I’m off to Dragon*Con in Atlanta so instead of recommending another throwback, tweet me @ACWOAE with anything you'd like to see from D*Con! 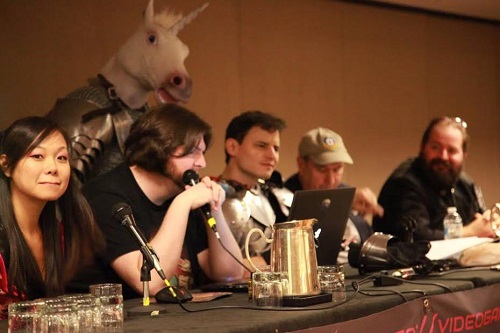 Artix Panel and a Brutalcorn sighting on the same day? Only at Dragon*Con!