It's Booty-or-Belly-up Time! Quibble has returned to BattleOn with a backpack FULL of accessories that will serve you well on the Seven Seas! If you're ready to leave your landlubber past behind, equip your sea-legs and /swagger into BattleOn! Featured this Talk Like a Pirate Day is the epically-shiny Platinum Naval Commander! 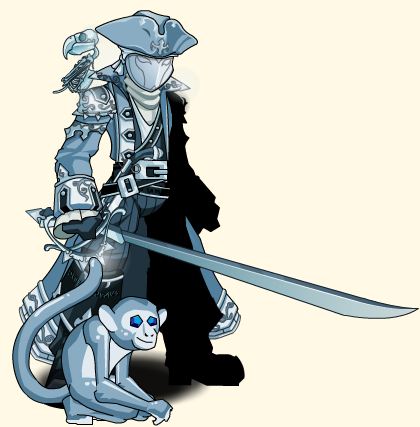 Not familiar with Quibble? He's the time-traveling moglin with a... business arrangement with a Time-Travel Fairy. She keeps him supplied with rares from the future - even though they haven't been made YET! And it looks like one of her latest acquisitions comes from the Underworld! Introduccing the Legion Jolly Roger: 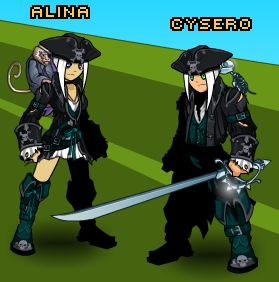 And a multitude of terror-inducing Legion pirate helms!

Other Pirrrrratical-themed armors and sets include the Jester of Tortue-You-Ga set, the ShadowPirate set, and the Inverted Pirate Captain set! 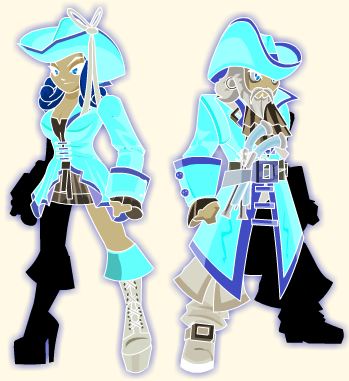 We positively LOVE this negative armor!

Quibble is selling 41 pieces of epic booty for AdventureCoins and Gold doubloons, including some member-only gear!

War in the Ravine rages on!

Both the Horcs and Trolls are surrounded by Chaorrupted Jungle Beasts! Battle On, Heroes, to save your friends from certain annihilation! (If only you knew WHO the Chaos Lord was...) 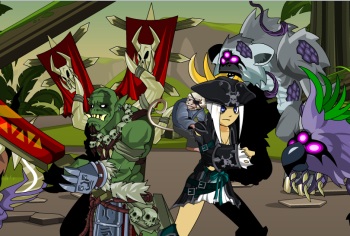 Once the war meter hits 100%, you will unlock the War Boss and, while you might THINK you know what to expect, you will never guess the Boss' identity. To learn THAT, you'll have to watch the cutscenes!

There are separate cutscenes for both the Trolls and the Horcs, each showing the reactions of one of the races to what they've just experienced, and giving YOU and idea of what lies ahead in Bloodtusk Ravine! 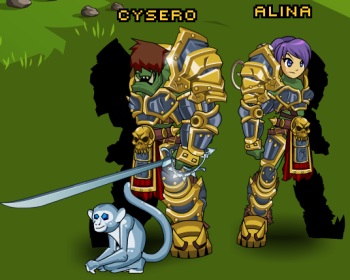 The Golden Horc Armor and helms will be added to the Horc Merge shop tonight!

New war rewards are going into the War Merge shops tonight, so be sure to check both the Horc and Troll shops for new rockin' equips! Battle On, Heroes, because the war is almost at an end! As Artix says: "Don't give up now, you're just about to WIN!"

We'll see you all on Monday as we start building the next installment of Bloodtusk Ravine! Until then, raise your mugs of grog high and get your Pirate booty movin' as you /dance a jig to celebrate this year's Talk Like a Pirate Day event!