Every September, Pirates around Lore ship out in search of one thing… TREASURE! Last week, Captain Rhubarb and his faithful trobble sought an ancient, powerful artifact. With your help, they found the Heart of the Sea… and a boatload of trouble! The Sea King doesn’t look kindly on those who steal his prizes, and now he’s declared war against you and your crew. This weekend, log in at www.AQ.com and defend yourself from the wrath of the watery gods! Survive, and the prize is YOURS. Fail, and you’ll lose more than your loot. 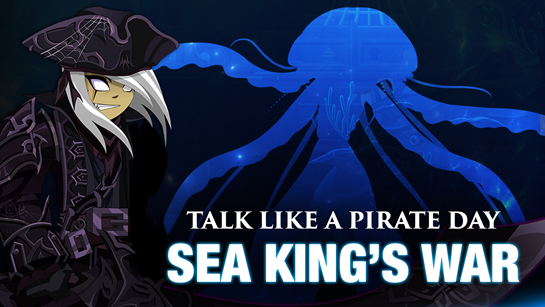