After years of peace, the dread Captain Blazebeard, a notorious pirate captain, has re-emerged... with a ship armed with a mana cannon powerful enough to lay siege to any city in Drakonus! Ever the opportunist, Blazebeard is taking advantage of the chaos caused by the Queen of Monsters to loot and pillage up and down the Embersea coast. It's up to you and his old foe - and your new ally - the Pirate Mage Zereldo to stop him! 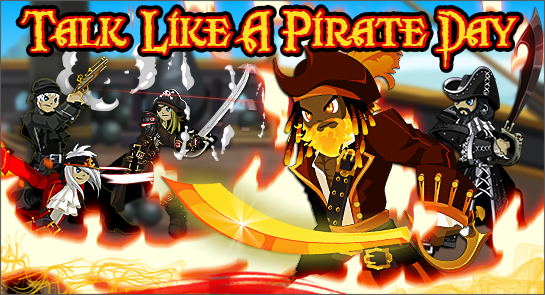 This weekend, /join blazebeard and team up with Zereldo to build the first ever elemental mana cannon, steal a pirate ship, and STOP Blazebeard’s plans. IF you are successful, you'll unlock a merge shop FILLED with some of the most bootyful pirate gear this side of Embersea! 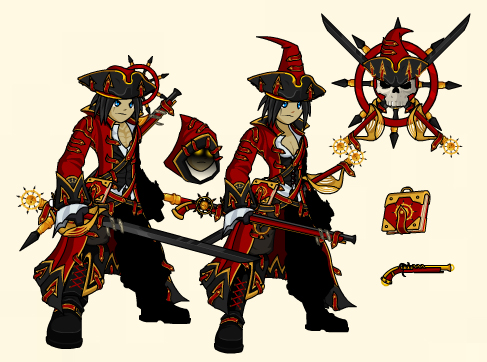 Blazebeard also has a bounty on his head..., and a boatload of rewards for you to farm for after you've finished Zereldo's quests!

Talk Like a Pirate Day MIDNIGHT UPDATE: Battle Blazebeard in the Manacannon map for a chance to get the Locked Treasure Chest item! Tomorrow night it will open to reveal a surprise!

Coming Next Week: Updates to the Pirate Class

Zereldo and the other class designers have ONE MORE SURPRISE in store for you! This week, they and the testers ran their peg-legs to the bone testing updates to the pirate class! We're going to spend the rest of this weekend double-checking the balance, then next week, we'll release the updated class!

If you want to KEEP the Pirate class you have, never fear! We wouldn't take your hard-earned loot from you! The extisting class will be renamed to Classic Pirate class next week. You can keep that OR trade it in to Zereldo for the new Pirate Class - but take note, you'll need to rank it up again if you do! 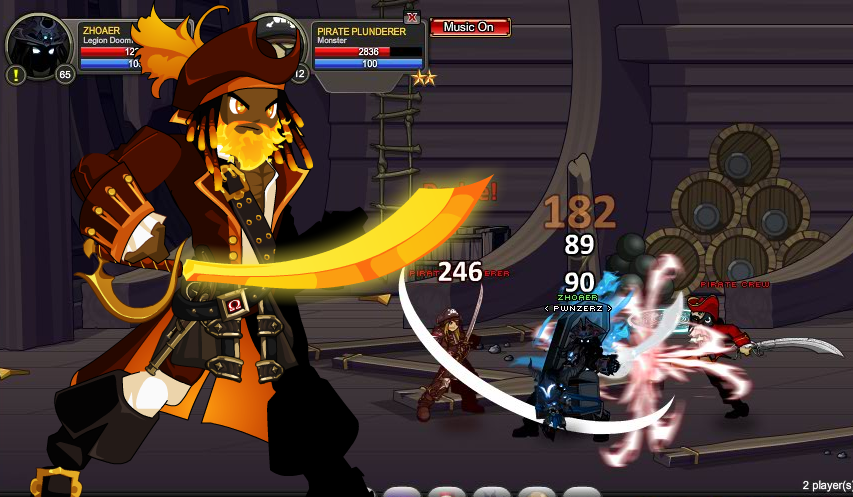 PS: the Legion helms and weapon and the Mechanical Naval Commander helms will be added in game tomorrow, ON Talk Like a Pirate Day. This Captain has a crew full of sailors who are ready to head for port, and need to stop and fuel up first! Same with Quibble's quests.

PPS: the extra Clawg pet for meeting Cysero's AQ3D is coming next week. GREAT JOB, guys! You blew that challenge WAY out of the water. Next time... it'll be harder, and with even better rewards!