Your Lair or mine?

Upcoming Dungeons of Throne of Darkness

The Throne of Darkness begins this Friday… a brand new main storyline for AdventureQuest Worlds. There are 7 villains in this story, each will unlock a new major dungeon. I like using the term dungeon… even when describing an outside area like a forest or clouds you can walk on. To get a flying eyeballs view of the land we shall soon explore together, let us sent forth our scout… Jimmy the Eye! 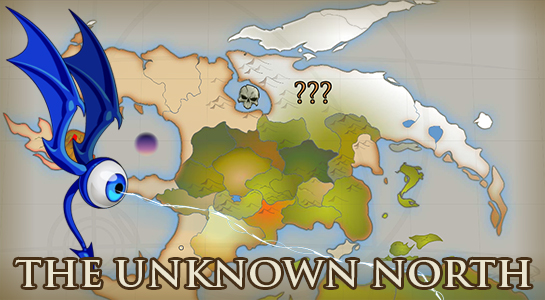 Jimmy the Eye is a flying eyeball.

As he flies North, he thinks to himself… why is so little known about the North?

It starts to rain.

The rain blurs his vision, and every clap of thunder makes him jump.

The red eerie glow of the setting sun silhouettes a castle… 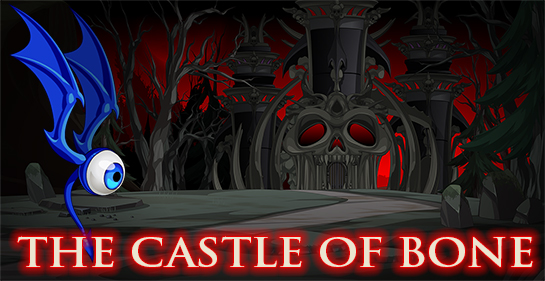 He flaps harder against the turbulence or tornados…

They seem to be coming from a series of portals.

Is it a rip in time and space?

The sun has gone black and he obsesses on an indescribable twisted shape of triangles.

Perhaps the rumors of the 4th Dimensional Pyramid were true?

If that is true then… but before there is time for another thought, he hears weapons clashing and screams. The Death Pit Arena… a half-Dragon General stands watch as gladiators do battle.

A tower made entirely of mirrors. He notices a parade of young girls being led into the tower…

No less strange than what he thought he had seen in the clouds just moments before.

But if he ever said what he thought he saw up on those clouds... with all its bacon and cats they would just call him crazy.

So he flies on to his final destination...

It is a secret place.

A place where THE COUNCIL used to meet...

Meet to scheme and solve their "problems."

That place, without question… was the THRONE OF DARKNESS.